Breast cancer in men can be diagnosed using the same techniques for women i.e. through physical examination, mammography, and needle biopsies, which involve the examination and analysis of small samples of tissue under a microscope 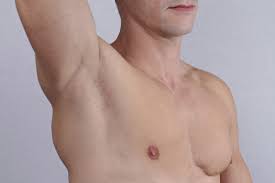 Breast cancer as a subject has been majorly discussed with regard to women. However, while men do not have well-developed breasts as such, they do have a small amount of breast tissue. In fact, the breasts of men are quite similar to those of young girls, before they hit puberty. While this tissue grows and develops amongst girls, it doesn’t amongst boys.

What makes it more dangerous is that the mortality rate amongst men is higher as compared to women. Reasons attributed are aggressive tumour pathology in men and also due to the former’s lack of awareness with respect to such long- term and fatal illnesses.

Earlier, medical experts used to believe and state that breast cancers only amongst women are extremely dangerous. However, their opinion has changed in the recent past, wherein they have realized that breast cancer in men is equally fatal, if not more. The prime cause of this is the usually late diagnosis of breast cancer amongst men, as opposed to women, as men tend to be less suspicious of potential infections or illnesses around that area.

As only a small amount of breast tissue is present in males this can unfortunately also lead to these tumours potentially spreading swiftly to surrounding tissues.

Experts have also found that now even younger men above the age of 35 are prone to being diagnosed with breast-related cancers, however most cases are found amongst those between the age of 60 and 70.

There are a number of causes for breast cancer amongst men, including — a history of frequent radiation exposure of the chest, breast cancer in a close relative, surgeries or hormone treatments related to breast enlargement (also referred to as ‘gynecomastia’), taking large amounts of estrogen, liver cirrhosis, Klinefeilter’s syndrome (a rare genetic disease), infections and diseases of testicles (popularly known as mumps orchitis), any testicular injuries or an undescended testicle.

The symptoms of breast cancer amongst men are generally similar to those found in women. They are usually detected when a man discovers a painless lump on his chest, but it has unfortunately been found that men delay going to the doctor as compared to women, even after spotting strange growth around that area. They wait until serious symptoms like bleeding of the nipples, which also implies that the cancer has already spread to other tissues and cells.

Breast cancer in men can be diagnosed using the same techniques for women i.e. through physical examination, mammography, and needle biopsies, which involve the examination and analysis of small samples of tissue under a microscope.

Similarly, the treatments for men’s breast cancer are the same as those for women. They include — a combination of a good surgery, chemotherapy, radiation, hormone therapies, and targeted therapy depending on the stage of the cancer. Male breast cancer is curable when detected early and treated optimally.