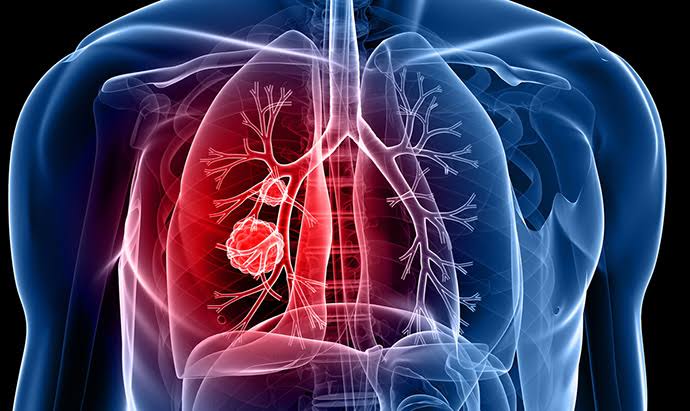 When talking about the cancers, we can say that incidence wise first is colon cancer then comes lung cancer. It is the second largest cancer that is affecting the Indian population and needs immediate attention. In India we can say that around 10-12 lakh people suffer from cancer every year and out of that around 9 per cent people suffer from lung cancer.

To control the lung cancer it is important that we must understand the main cause behind the increasing instances. The most common reason behind lung cancer is the use of tobacco and smoking, which are the reasons behind 50 per cent of the cases. The situation is alarming, according to World Health Organization (WHO), around 7 million people die as a result of direct consumption of tobacco and around 9 lakh due to passive smoking.

However, talking about Lung cancer we must also know that there are other reasons too apart from tobacco and smoking. Pollution, which the country is struggling with these days, is also one of the reasons behind lung cancer. Smoking is not restricted to cigarette smoking which is one part and pollution means a person is taking in smoke. The dust particles enter lungs and it is as good as smoking. In fact, prolonged exposure to pollution means the ratio of lung cancer is now 3 out of 10 cases. Another factor is the exposure to carcinogens. But the major cause remains smoking.

Talking about the occurrence of lung cancer in particular segment of people. We can say that class wise distribution because in the middle class and the lower class, the presentation is in Stage 2, stage 3 or stage 4 as they do not go for early screening. On the other hand, the upper class goes for regular health checks and screening so there is early detection. So, the early detection is important and it is more into people who are more aware. The issue with lung cancer as against other cancers is that the detection of lung cancer is very late. In other cancers people can see or feel the symptoms early and thus even at stage 1, the cancer can be detected which leads to effective cure. Because of late detection of lung cancer the survival rate is 1 to 2 years as against 5- 20 years in other type of cancer which are detected at early stages. Although there are new technologies for early detection and therapies that are target specific, the survival rate in lung cancer has also gone up a notch but still the mortality in lung cancer is much higher as compared to other cancers.

People should be aware of breathlessness, loss of weight, constant unresolved fever, breathing difficulty, etc. It is all because of tobacco, so it is not about class. It is also with the occupation hazard like people working in the industry where there is exposure to the radiations. Such people should take preventive measures and take precaution otherwise they will land up in cancer mode.

People are not aware that’s the main problem and when you don’t go back to your doctor, when you ignore the symptoms data appears that the lower class is suffering more from lung cancer. In upper class early detection is there while in lower class detection is at later stage where nothing can be done.

First thing to do is to avoid lung cancer is stop smoking and also avoid secondary smoking meaning, stay away from people who are smoking. Secondary smoking is an equal cause then of course comes the pollution. One must use filter, close the windows, use specialized masks, keep wet handkerchief on nose so that particles should not enter your system, avoid continuous exposure to radiations, etc. A change of lifestyle is also needed to avoid lung cancer that can be done by going to the green fields, improving lifestyle, doing regular exercise, going for regular screening, improving immunity, eat green vegetables, etc.  Though masks are not 100 per cent effective but they can reduce the pollution intake by 70 to 80 per cent if one wears it properly.

The message is that people should have healthy habits and make some green environment, build up immunity, avoid active and passive smoking, and this will help avoid around 20 per cent of lung cancer cases. If pregnant women and elderly people are exposed to smoke that immediately alters the genetic changes and mutation happens that might lead to lung cancer.

However, one should not get frightened as now there are good drugs available, treatments are targeted, personalized precision medicine are available. The moment you develop any symptom, one must see a doctor.