Understanding the importance of impurities in pharma industry

With the rising demand for cleaner and greener options, most pharma companies have started opting for biological route utilising microbes for the production of antibiotics and other APIs 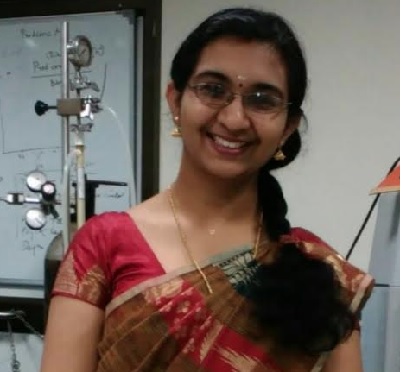 Time and again the pharma sector has proved to be an inevitable component of the human healthcare system globally, including its recent contribution during the COVID-19 crisis.

This multi-faceted area involves data collection, research and/or discovery, formulation, quality check, manufacture and sale of different medicines and healthcare products. The whole process of drug making thus takes place in various steps and might take years to develop and make available these to humans for consumption.

A critical quality attribute in the drug development and manufacturing process is the purity of components used. In other words, impurity control is of paramount significance in drug manufacturing to ensure good quality products hit the market. In some cases, the presence and ill-effects of impurities are discussed only after the occurrence of an extensive health mishap. Impurities may not necessarily be toxic for consumption, but usually have no therapeutic significance.

Broadly, impurities may be either organic, inorganic or could be residual solvents. Some of these are formed naturally, while others appear due to the addition of solvents or other non-chemical ingredients used in the process, like the vessels or the tubes or other consumables made of plastic or metals. It is crucial to understand the origin of impurities. Barring the artefacts and other particle impurities, chemical impurities are usually complementary with the development of the original targeted drug component itself.

The demand for chemical drug substances, antibiotics and active pharmaceutical ingredients(APIs)is widely known. Imagine the possibilities for sources of the impurities and the large number in which they could be generated during the production of each of these!

Chemically, the pharmacological profile and therapeutic index changes with each type of molecule that is used in the making of a drug. Impurities that are stereochemically related should especially be checked for in all the products. Not all, but certain potent impurities are also capable of causing secondary reactions if end up in the final composition and that is a cause for concern.

The checkpoints for impurities identification in the drug development process can be brought about through (a) Material control, (b) Process control, and/ or (c) End-product testing. There are numerous methods of analysis which at different stages of processing aid in estimating and eliminating impurities, thus helping in the improvement of the quality of the product.

The need for tight regulation on impurities in the pharmaceutical industry has always been one of the widely discussed topics in the healthcare sector. However, not much has been talked about in the market that focuses on the preparation of these impurities. That’s right! A large group of researchers and chemists focus on the development of impurities. India has an established market for the same and is found predominantly in the pharma capital, Hyderabad.

These companies aim at purposeful manipulation of chemical processes, such that structurally modified or similar products are made by slight tweaking in the method for actual targeted drug component, which is of therapeutic significance in medicines.

There is a vital role that the impurity standards play in the development of any drug. It is crucial in estimating the percentage impurity of the desired final product, and to take any corrective measures to re-synthesize the product if required. The process of drug production may often lead to the synthesis of unidentified unwanted components.

These could either be intermediates or degradation product of an active substance in the compound, or a product of a side/secondary reaction within the process etc. The characterisation of these impurities is made using routine analysis techniques. For a new or unidentified impurity, thus, the process requires to be re-performed, which might not always give the expected results.

Thus, multiple deliberate changes have to be tried using standard chemical reactions involved in the synthesis of the desired actual drug components. The impurities could differ from the original compound by only a small entity due to a process of say demethylation, acetylation, hydroxylation etc at varying positions on the desired product. Not all impurities are made by accident, nor are all impurities easily chemically synthesised. Some of the pharmacopoeia listed impurities can be prepared using biological means as well.

With the rising demand for cleaner and greener options, most pharma companies have started opting for biological route utilising microbes for the production of antibiotics and other APIs.The impurity standard manufacturers however seem to have only of late realised the vast potential of using biocatalysts.

In the last decade, few research articles have been published on exploiting microorganisms for the production of impurity standards. These manipulation techniques involve not just de novo preparation of the impurities by process modification involving free microbial cells, but also by bringing about genetic alterations in the micro-organisms or by enzymatic catalysis, without the need for actively growing microbes.

It is interesting to discover how a single organism is capable of producing both the actual pharmacologically important drug component and its multiple impurities by slight change ingrowth supplements or physical conditions. Recently, the focus has been laid on such processes to capture the impurities that are difficult to be synthesised chemically. However, the time and cost invested in research that utilises biological systems are much higher than that required to be dedicated towards synthetic chemistry.

The manufacturing units for impurity standards do not call for huge infrastructure or land space. The big players in the pharma market often rely on these small firms for pure standards of the impurities, which actually cost more than their therapeutically significant counterparts.

India has been relying a lot on other countries, especially China for numerous pharmaceutical ingredients. Considering the current scenario, where these imports have been minimised and with the urge for the nation to be self-sustained in terms of pharma needs, most of the companies have started their own production divisions for pharmacologically active small molecules, antibiotics and other chemical substances. These are topics that are much in discussion, also considering the frequent announcements by the government for funding pharma research, drug development and repurposing.

It is however noteworthy to understand the lesser-known impurities market and to provide an impetus for laying a strong ground for larger production of these otherwise " chemical nuisances” in India.

Dr Vijita V Pillai from Mumbai is a freelance writer