Recently, Gadge’s Diabetes Care Centre conducted a survey amongst diabetics based in Mumbai to understand how many people are aware of diabetes, its risk factors, Hba1c level, and its normal range 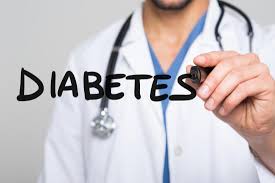 Recently, Gadge’s Diabetes Care Centre conducted a survey amongst diabetics based in Mumbai to understand how many people are aware of diabetes, its risk factors,  Hba1c level, and its normal range.

The number of people with diabetes is increasing at an alarming rate. With an aim to spread awareness about this fatal condition &amp; facilitate diabetes education, Gadge’s Diabetes Care Centre conducted a study from June 2019 to October 2019.

This study encapsulated the data points of 1683 patients (891 female &amp; 792 males) with a 2-year history of Type 2 Diabetes, within the age group of 18-75 years. According to the study, the majority (65%) of the participants did not know what is type 2 diabetes nor were they acquainted with the causes or risk factors associated with it.

Diabetes Mellitus is one of the most widely prevalent diseases in India &amp; has been recorded at 11.8% in the last four years with almost same percentage of men and women suffering from the disease which is often called a ‘silent killer’. There are numerous risk factors associated to type 2 diabetes which include:

As a part of their diabetes education initiative &amp; to support patients with better diabetes management, this study was conducted by Dr Pradeep Gadge, Director At Gadge’s Diabetes Care Centre.

The data was collected by conducting personal interviews with the participants using a pre- designed questionnaire which was administered by the Diabetes Educators of Gadge’s Diabetes Care Centre.

Dr Pradeep Gadge, a leading Diabetologist, said, “Our comprehensive study (conducted from June 2019 to October 2019) evaluated 1683 patients with a 2-year history of Diabetes (891 females & 792 males) in the age group of 18-75 years. The findings of the study were  mindboggling. According to the study, the majority (65%) of the participants did not know what diabetes is and were unaware of the causes or risk factors associated to it.”

He added, “More than half (79.4%) of the participants did not know what should be the normal range of blood sugar levels. Of the 1683 patients, only 590 participants (16.5%) knew what is Hba1c and its normal range. Our study shows that the majority of participants have poor knowledge of several aspects of the condition including its causes, complications, management, and prevention.”

This study also revealed that the percentage of women, the backbone of a family being diagnosed with diabetes is higher than men. Owing to these figures & increased need of family involvement in overall diabetes management, the theme for this year’s World Diabetes Day is ‘The Family and Diabetes.’

“Family support in diabetes care is vital and can help improve the health outcomes. There is an urgent need to raise the level of awareness of this silent but deadly condition, and adhere to lifestyle modifications like healthy eating and exercising. If we truly want to change the scenario, diabetes education is imperative,” concluded Dr. Gadge