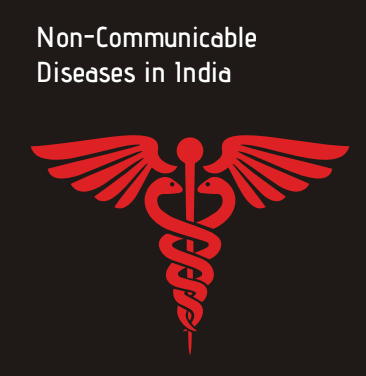 The Associated Chambers of Commerce and Industry of India (ASSOCHAM) has recently released a report to analyse the rising cases of non-communicable diseases (NCDs) in the country.

Based on a healthcare survey covering 233672 people and 673 public health offices in 21 states it has been observed that India’s NCDs burden is growing at an alarming rate with the average age for onset falling sharply.

Prepared by Thought Arbitrage Research Institute (TARI), the survey reported that NCDs increase after 18 years and show a quantum leap when an individual crosses the age of 35 years.

More than 2/3 of the individuals suffering from NCDs are in the most productive-life age groups i.e., between 26-59 years. This is an alarming trend and points to the grim reality that the burden of NCDs on India is long-lasting given that 65 per cent of the country’s population is below 35 years of age.

The survey also suggested that the prevalence of having any NCDs among the population is 116 per 1000 population in India. It identified hypertension, digestive disease, and diabetes as the top three NCDs followed by respiratory diseases, brain/neurological disorders, heart diseases/CVD, kidney disorders, and cancer in the order of prevalence.

On a collective basis, the report identified air pollution as the most prevalent risk factor among the surveyed population.

Throwing light on the co-morbidity of NCDs with each other, the study underlined that hypertension has the highest comorbidity with almost all NCDs.

The state of Odisha was found to have the highest prevalence of NCDs (272 per 1000 population) while Gujarat registered the lowest prevalence (60 per 1000).

There is higher prevalence of hypertension and diabetes in urban areas due to migration and differences in living conditions. Furthermore, males are found to be more prone to contracting NCDs than females except for hypertension and neurological disorders which are more prevalent in women.

For India to check the alarming rise in the number of NCDs, it is essential to significantly increase public expenditure on healthcare. It is imperative to prevent and control risk factors in an integrated manner by developing strategies and policies to inhibit the NCD burden on the country