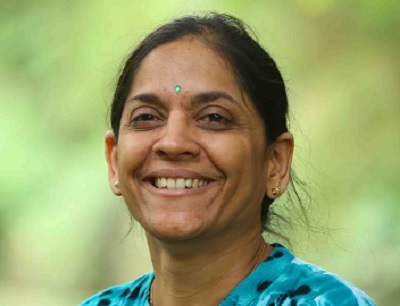 Indian stem cell and developmental biologist Prof Maneesha S Inamdar has been part of the WHO Expert Advisory Committee on Developing Global Standards for Governance and Oversight of Human Genome Editing, which released two new companion reports providing the first global recommendations to help ensure that human genome editing is used for public health, with an emphasis on safety, effectiveness, and ethics.

The reports, released on July 12, 2021, contained a forward-looking governance framework for oversight mechanisms for research into and potential application of human genome editing technology at institutional, national, regional and international levels.

Prof Inamdar, along with her group, is researching at the Jawaharlal Nehru Centre for Advanced Scientific Research, Bengaluru, an autonomous Institute of the Department of Science and Technology (DST) that uses gene-editing tools to manipulate stem cells in vitro. This can generate disease models for scientific insight into human development and devising therapeutic strategies. She pioneered human embryonic stem cell derivation and use in India and has contributed significantly to national and international stem cell guidance documents, ethics committees, and training programmes.

As part of the WHO Committee, she contributed scientific knowledge and perspective to provide guidance, expertise and support throughout the project for the conceptualisation and development of the WHO Governance Framework and Recommendations on Human Genome Editing. Representing the LMIC countries in Asia, she contributed with the Committee towards ensuring that in addition to scientific considerations, procedural and substantive values and principles such as inclusiveness, diversity, equity, and global health justice identified by the Committee, informed decisions. She is a member of the Education, Engagement, and Empowerment (3E) subgroup of the Committee, and as part of the committee, she was also involved in making recommendations to the Secretariat and WHO Director-General on global governance structures for human genome editing, considering the relevant broader issues associated with oversight and governance of emerging technologies.