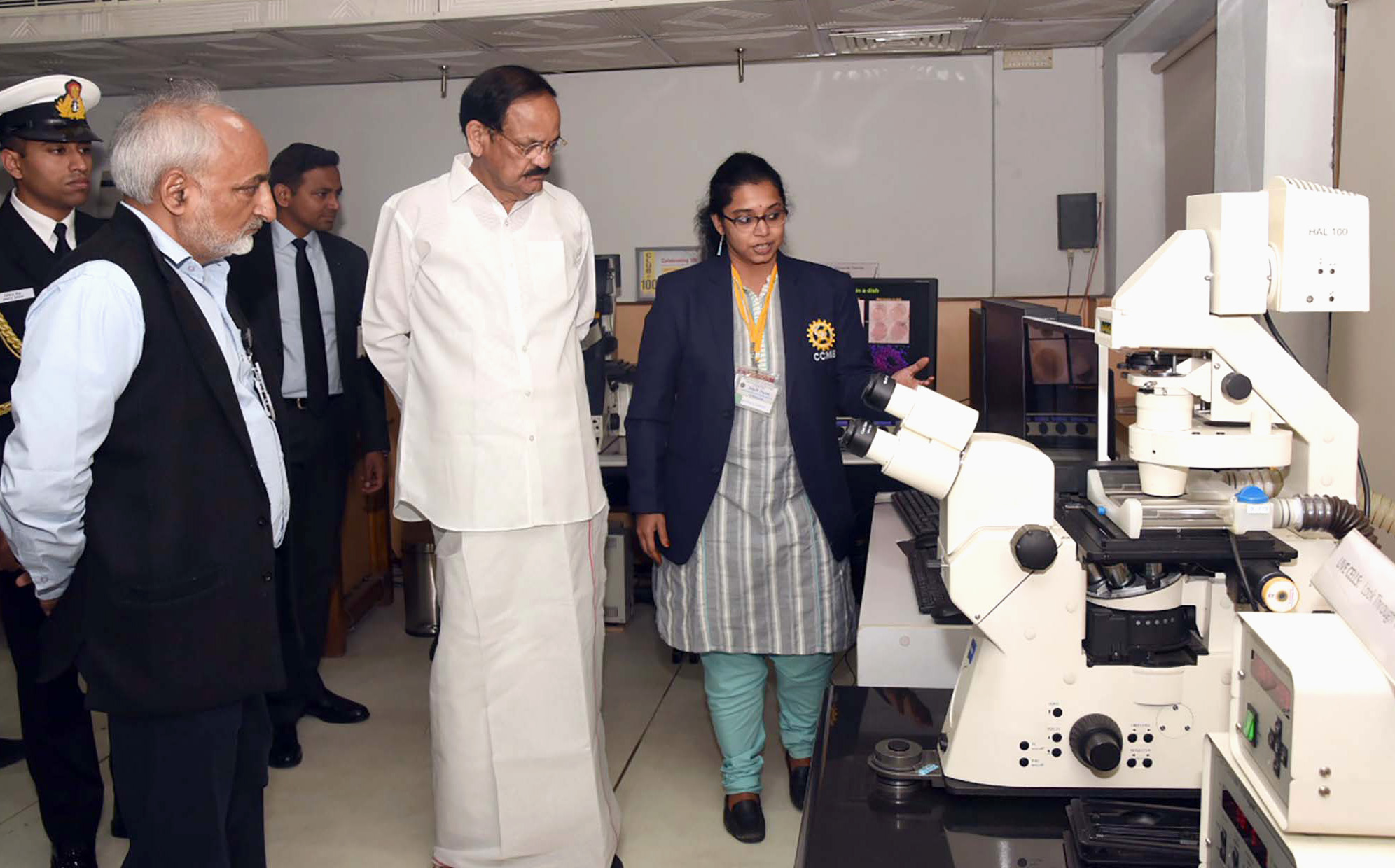 The Vice President of India, M Venkaiah Naidu has underscored the need for global cooperation for early detection of new viruses and to contain any serious fallout from outbreak of epidemics.

Addressing scientists and researchers of CSIR-Centre for Cellular and Molecular Biology (CCMB) in Hyderabad, the Vice President while referring to the newly-discovered strain of Coronavirus, said that it was spreading across the nations and causing a major concern to health authorities.

He pointed out that period outbreak of epidemics and new viruses highlighted our vulnerability to diseases.

Referring to the vital role of the Indian Science and Technology Innovation (STI) System in achieving national goals as India aspires for sustainable and inclusive growth, he appealed to the private sector to create a fund for financing innovative scientific projects that will address societal concerns.

Observing that investment in STI plays a major role in promoting research and developing cutting edge technologies, Naidu said the funding for basic research also has to be stepped up.

The Vice President also urged CCMB to develop Rapid DNA Testing Kits for detection of some of the rare diseases and many other genetic disorders. “It is important to predict and prevent genetic diseases as more than 70 million Indians are estimated to be suffering from genetic disorders, according to the Organization for Rare Diseases India (ORDI)”, Naidu added.

He also advised institutions like CCMB to take up campaigns on a massive scale to create awareness among the people about the health risks associated with consanguineous marriages, particularly those relating to congenital disorders.