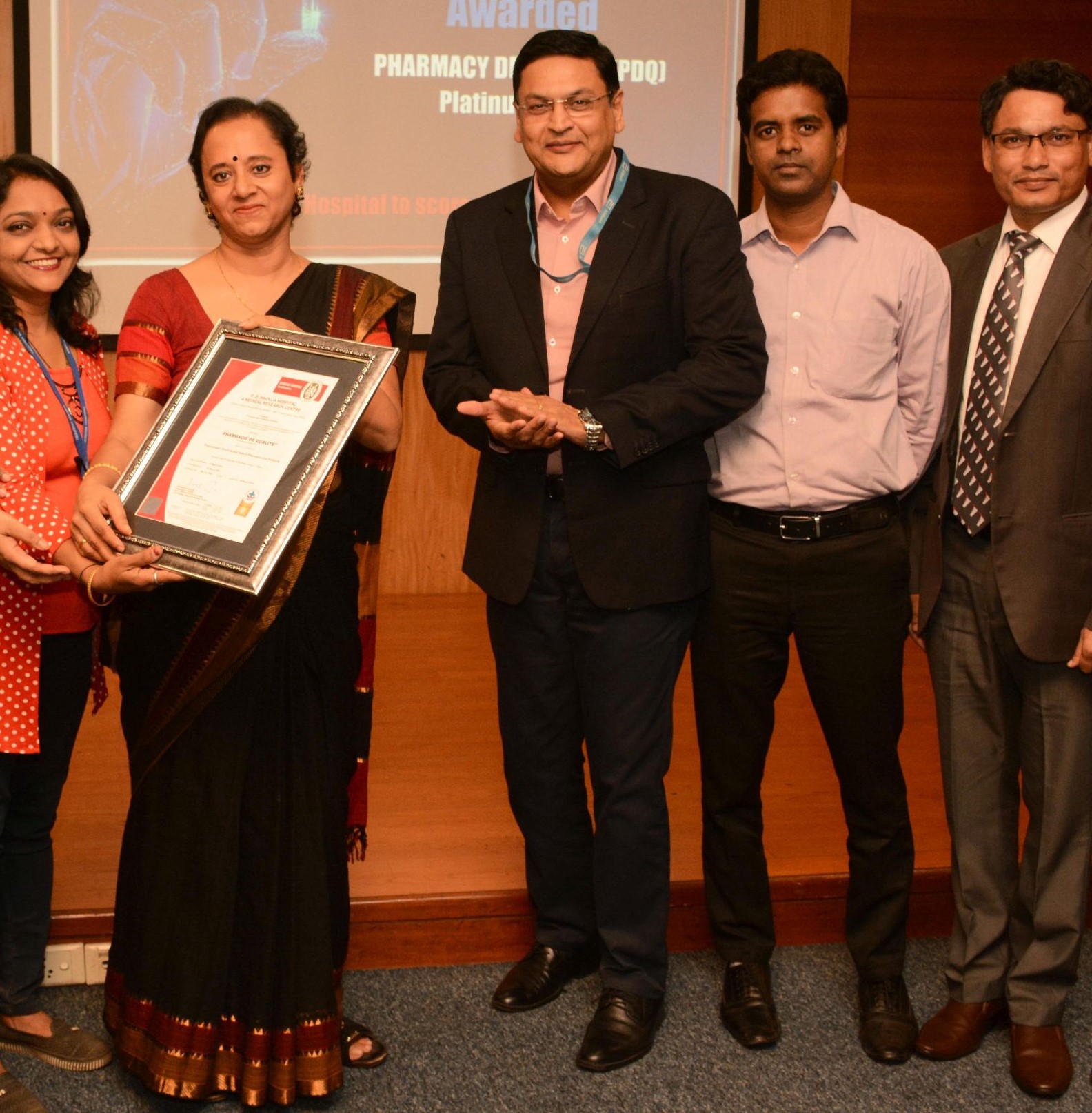 Mumbai based P. D. Hinduja Hospital & MRC was recently awarded the coveted Pharmacy De Qualite (PDQ) Platinum Grade certificate by Bureau Veritas in Pharmacy Management on July 23, 2019. The hospital also became the first hospital in the country to score 100% in its first attempt.

The Pharmacy De Qualite’ certification programme has been brought to India by Abbott in association with Bureau Veritas – a global testing, inspection and certification services provider in order to create ‘Pharmacies as centre of excellence’.

In order to achieve the 100% strike rate, the hospital had 9 trainers who conducted 26 training sessions. These sessions were followed with periodical bilingual written tests for the staff. Employees scoring less than 80% in these tests were again placed under the training sessions and prepped to take the tests again.

Accepting the award, Joy Chakraborty, COO, P. D. Hinduja Hospital & MRC said, “It’s a privilege accepting this award from Bureau Veritas and feel all the more enthralled to know that P. D. Hinduja Hospital & Medical Research Centre is the first hospital to have scored 100% in its first attempt. This is a proud moment for the entire team at P. D. Hinduja Hospital who has worked tirelessly to achieve this feat. The award is the fruition of all the hardwork and dedication shown by the employees. The Pharmacie De Qualitie Platinum Grade has added another golden feather to our milestones. We aim to maintain this numero uno position in the market in the successive audits as well.”