ILBS is also set to launch EMPATHY (Empowering People Against Hepatitis) campaign, which is a CSR initiative of Airport Authority of India (AAI), on World Hepatitis Day to address the issue. 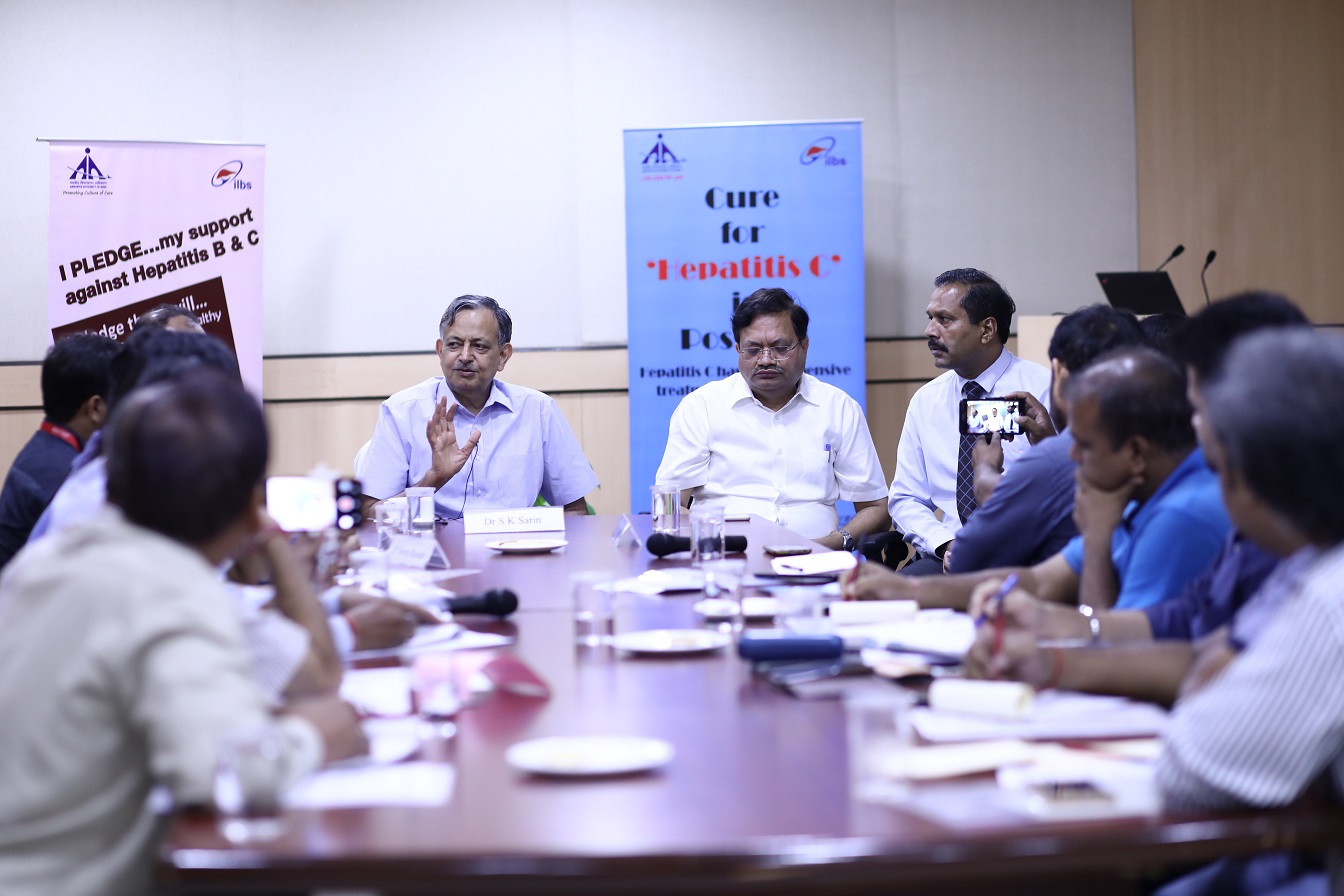 With 1.5 lakh deaths annually and almost 60 million Indians affected, viral hepatitis continues to be a serious public health concern. However, stigmatization and discrimination against patients hampers the country’s fight against the disease. The need to enact effective policies to fight prejudice and provide psycho social support to patients was at the centre of discussion as experts came together for a conference organized by the Institute of Liver and Biliary Sciences (ILBS).

India’s leading gastroenterologist & hepatologist Dr S K Sarin, Director of ILBS stressed the need to protect Hepatitis affected people from prejudice and biases while addressing a round table conference on ‘Hepatitis: Detection, Acceptance and Elimination’. He highlighted the need for fighting myths and misconceptions associated with the disease and underlined that Hepatitis B and C were viral infections that can be suppressed with proper treatment.

“Several instances of discrimination and rejection against people with Hepatitis have come to light over the past few years including in the field of medicine. Not only have people been denied jobs because of being diagnosed with hepatitis, many are also denied work visas to some countries if they are victims of Hepatitis B. This is why we feel that government should initiate strong policy measures to address discrimination and stigmatization of patients. Enacting a law to ensure Right to Live without discrimination must also be considered,” said Dr Sarin while addressing the conference along with Dr. Anil Agarwal (Head-Administration, ILBS), Lt. Col R S Singh (Deputy Head-Human Resources, ILBS), Dr. Neeraj Raizada (Asst. Professor-Epidemiology and Project Incharge-Empathy Campaign).

Notably, the Indian government has already enacted and enforced a law that prohibits discrimination against persons with HIV and AIDS. The Human Immunodeficiency Virus (HIV) and Acquired Immune Deficiency (AIDS) Syndrome (Prevention and Control) Act, 2017 lays down clear guidelines against discrimination and places obligations on establishments to safeguard their rights.

ILBS is all set to launch EMPATHY (Empowering People Against Hepatitis) campaign, which is a CSR initiative of Airport Authority of India (AAI), on World Hepatitis Day to address the issue. EMPATHY Conclave 2019 to be held on July 27 is part of a mega awareness drive on hepatitis initiated by ILBS and will bring together leading healthcare experts, law makers, government representatives, social influencers and prominent personalities from different strata of society to discuss effective ways of addressing the chronic disease.

“Through our EMPATHY conclave and associated campaign, we want to create a change in the mindset of the people,” he added.

According to estimates, 4 crore Indians are suffering from Hepatitis B while almost 1.2 crore have Hepatitis C. However, both Hepatitis B and C can be suppressed with proper treatment. Hepatitis B is vaccine preventable, just with 3 doses (for adults) at 0 day, 30 days and 6 months interval. Hepatitis C is curable, with 12-24 weeks of effective treatment India is the only country where medication for Hepatitis C is available at an affordable rate as compared to western countries.  Unfortunately, the stigma and discrimination associated with these infections is a significant hindrance to care-seeking, treatment compliance and mother to child transmission mainstreaming.

“Many patients with chronic hepatitis experience shame, decreased self-esteem, fear, depression, and isolation. There is a sense of guilt where they hide the disease or blame themselves for being careless about prevention. Hepatitis B and C are not communicable or sexually-transmitted disease. They can only happen through blood transfusion,” explained Dr Sarin, underlining that a series of myths and misconceptions about the disease contribute to the stigmatization of patients.

Several initiatives are currently being undertaken by the Government under the National Viral Hepatitis Control Program (NVHCP), to improve access to vaccines, diagnostics and treatment for patients and those at risk. It is vital to take steps to prevent the infection & keep your liver healthy. The campaign aims to bring together leading healthcare experts, law makers, government representatives, social influencers and prominent personalities from different strata of society to discuss effective ways of addressing the chronic disease.

Viral hepatitis has been recognized as an important public health problem not only in India but also across the world. According to WHO estimates, it caused 1.34 million deaths globally in 2015, a number comparable to deaths due to tuberculosis worldwide. Whereas, In India, it is estimated that 4 crore people are suffering from Hepatitis B and 0.6-1.2 crore people are suffering from Hepatitis C. While Tuberculosis remains as the leading infectious cause of death in India, there is an increasing trend in mortality due to Viral Hepatitis. In response the Government of India launched the National Viral Hepatitis Control program in India of 28th July 2018.

The campaign will focus on spreading awareness about HBV & HCV and address the stigma associated with the disease by encouraging dialogue among policy makers, program managers, care providers, civil society and the patients. The fear of being diagnosed or status being revealed to family members often keeps people away from getting tested, seeking effective treatment and preventive measures. This can lead to worsening health outcomes. ILBS has been spearheading a nation-wide campaign to make people aware about Hepatitis B & C. The cause is being implemented with support from the Airports Authority of India (AAI). Over the last year, the campaign has reached out to several public and private organizations engaging them in the cause. As part of the campaign, the work force in these organizations are also taking pledge for the cause and to make people know about the disease and encourage them to disapprove any kind of discrimination against those living with Hepatitis.