The awareness program was organised by the Department of Gastrointestinal Surgery and GI oncology, Apollo Hospital 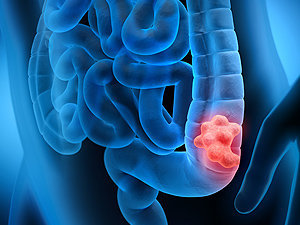 The awareness program which was organised by the Department of Gastrointestinal Surgery and GI oncology, Apollo Hospital, Delhi detailed the risk, present status, newer operative techniques and specialised surgical procedures performed on the colon and rectum which are parts of the large intestine.

The meeting which was attended by large number of senior citizens, doctors, surgeons and specialists in the field of gastrointestinal surgery was put in order now because March is celebrated as International colorectal cancer prevention month.

Dr. Deepak Govil, HOD and Senior Consultant, Department of Surgical Gastroenterology & GI oncology, Indraprastha Apollo Hospital, New Delhi commented, “Colonic diseases, both malignant and benign have increased significantly not only in India but globally. This can be attributed to both an increase in the overall population and increasing lifespan of an average individual. Sedentary lifestyle and increase in consumption of junk food, animal fat, red meat, alcohol intake and smoking have contributed to this increase. Also, decreased physical activity has led to rise in obesity which contributes to a higher risk of colorectal cancer. Inflammatory bowel disease is also a leading cause of hospitalisations in India which also increases the individual risk of colorectal cancer. It is estimated that in India although the incidence is less as compared to western countries but it is increasing and we see younger patients with advanced colorectal cancer. In USA alone, colorectal cancer is among the top 5 causes of cancer related deaths.”

Dr. Govil also spoke about the importance of surgical procedures in managing and treating colorectal cancer, “Most patients with colorectal cancer are amenable to curative surgical treatment at the time of diagnosis. Surgical management of colorectal cancer is extremely complicated, requiring high level of skill and expertise. Today laparoscopic and robotic surgical techniques help the patient with less surgical pain, enhanced recovery and early return to work. To increase the chances of a successful outcome, such surgeries should be performed at tertiary care centres where there is infrastructure to provide adequate support and post-operative care.”