AAPI and USAID join hands for a TB-Free India; To Utilize the 100,000-Strong Network of Physicians of Indian-Origin Living in the United States to Diagnose and Treat TB. 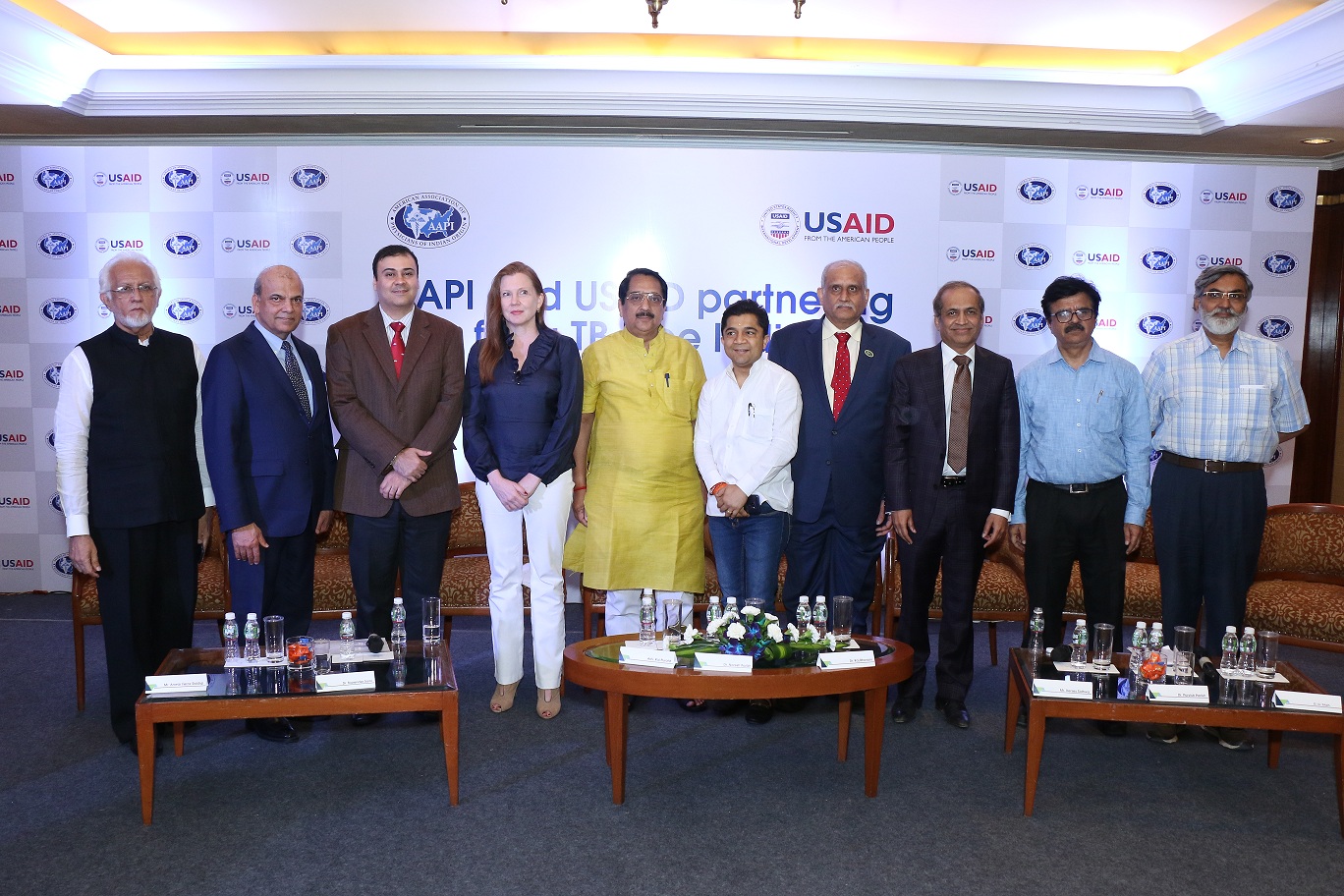 The American Association of Physicians of Indian Origin (AAPI) has announced the launch of a new partnership with the United States Agency for International Development (USAID) to end tuberculosis (TB) in India.

Under the Memorandum of Understanding (MoU), signed on April 2 in New Delhi and announced today in Mumbai, AAPI and USAID will work together to utilize the 100,000-strong network of physicians of Indian-origin living in the United States to support health programs in India, engage AAPI’s network of private charitable clinics for TB awareness, detection and treatment, and explore opportunities for collaborations between U.S. and Indian medical schools to exchange cutting-edge health care solutions.

Home to more than one-fourth of the global TB burden, India has more TB and multidrug-resistant TB cases than any country in the world. A further one million Indian citizens, including 170,000 children, are estimated to be undiagnosed and untreated. At the Delhi End-TB Summit, inaugurated on March 13, Prime Minister Narendra Modi had emphasized the need for a multi-sectoral approach including the private sector and announced a national plan to eliminate TB by 2025, five years ahead of the World Health Organization’s stated global 2030 goal.

Speaking about the USAID-AAPI collaboration, Dr. Naresh Parikh, President at AAPI 2018-19, said: “Elimination of Tuberculosis has been a matter of national concern for many years now. Through our partnership with USAID, we aim to bring American technical expertise to help strengthen India's fight against TB. Also, we intend to bring in leading subject matter experts, introduce global best practices and cutting-edge business solutions that will complement and grow existing USAID programs in India.”

Mr. Xerses Sidhwa, Director of Health at USAID/India, added: "We have been supporting the TB program of the Government of India for two decades now. Along with extending technical expertise, USAID has invested $140 million to strengthen the capacity of national, state, and district-level TB programs across India. With our collaboration with AAPI, we aim to strengthen the early detection and treatment of TB, with a focus on drug-resistant strains; continue our assistance to the government to plan and implement evidence-based interventions to reach a TB-Free India, and improve patient-centered TB services."

Drawing attention towards the importance of educating and empowering women to take ownership of the health and hygiene of themselves and their families, Mrs. Amruta Fadnavis, wife of Chief Minister of Maharashtra, and AAPI also launched “The Women Empowerment” campaign that will focus on raising healthcare awareness among women in the country.

Dr. Raj Bhayani, Co-Chair, AAPI GHS emphasized, “Improving the healthcare services in India through its various initiatives, AAPI envisions to share the best from leading experts from around the world to collaborate on clinical challenges, research and development, philanthropy, policy and standards formulation, and clinical tracks that are of vital to healthcare in India.”

“Taking up the challenge and assisting with the launch and implementation of Ayushman Bharat  program, AAPI is making this the focus of its signature CEO forum”, said Mr. Anwar Feroz Siddiqi Chief Strategy Adviser, AAPI.