Apollo Hospitals organized ‘One Patient-One Needle’ awareness program to highlight the risk of infection transmitted by re-use of needles. 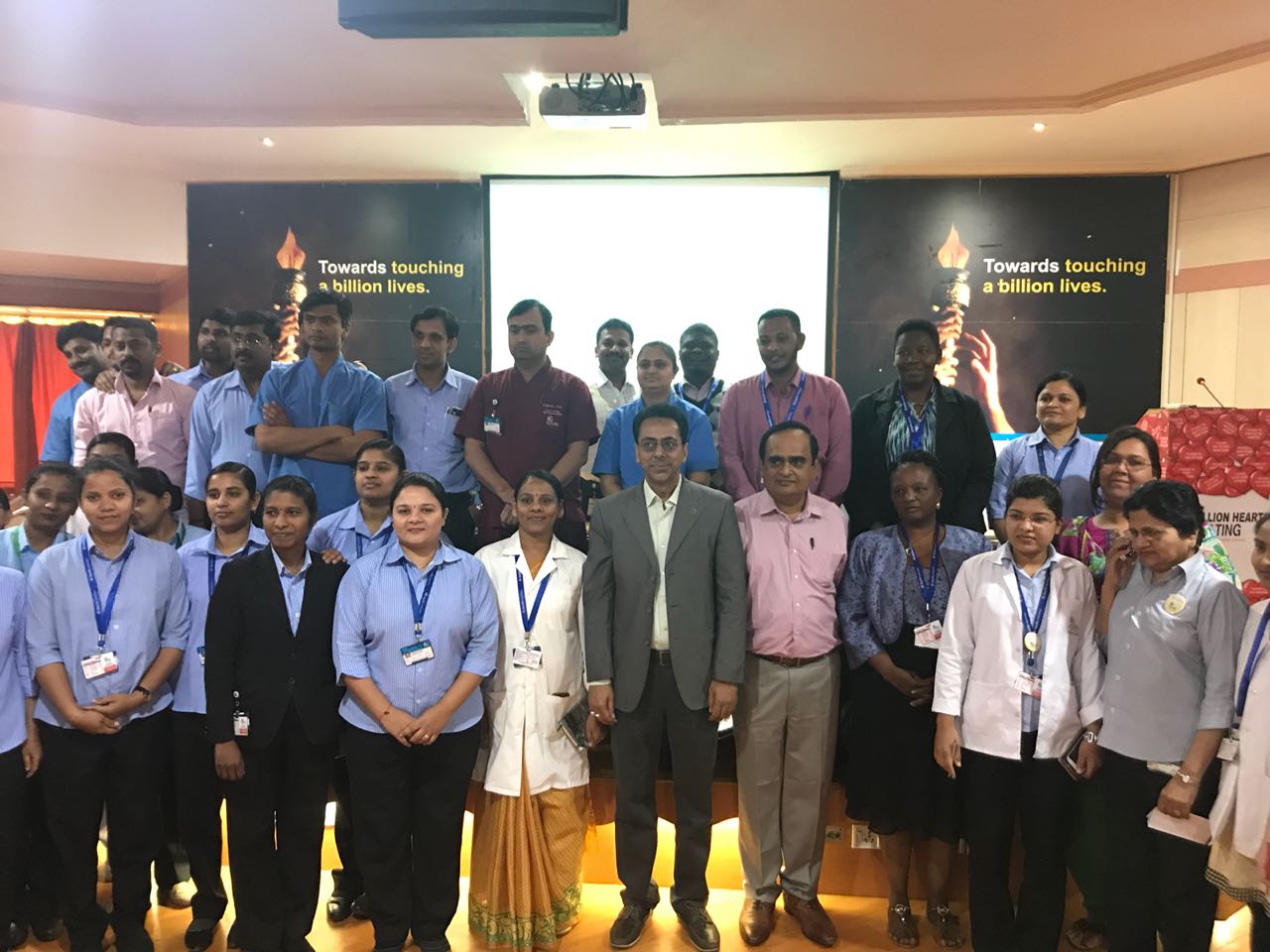 While the key to diagnosis is many a times dependent on biopsy, some of these devices are being re-used. When reused, biopsy needle becomes a high risk source of infection & micro-organisms getting inoculated into the body. All needles that go inside tissues have the ability to infect more and therefore such hollow needles should never be reused.

These views were highlighted by expert panel of Dr. Sandip Jhala (Interventional Specialist), Dr. Vidyullata Koparkar (Infectious Diseases Specialist), Dr.Anagha Zope (Breast surgeon) at an awareness program organized by Apollo Hospitals, Ahmedabad. The idea behind the program was to create awareness to medics, paramedics and laymen. This program was also attended by paramedical nursing staff from international countries like Tanzania, Kenya, Sudan, Nigeria followed by the public exhibition of posters by the students of Apollo Nursing Institute

The needles used for biopsy can never be effectively cleaned and sterilized and reuse of it can cause spread of blood borne pathogens like Hepatitis-B, Hepatitis-C & HIV as well as other micro-organisms like atypical mycobacteria, Gram Negative bacteria & various fungi infections. Many clinics and hospitals are pursuing such practices to reduce the cost of disposable biopsy devices which is wrong. The cost of new biopsy device instead is more than justified because it is small price to pay to avoid infection against the cost of treatment, say for e.g. of cancer.

Dr. Sandip Jhala said “Re-use of biopsy needle should be absolutely stopped and current practices should not include the re-sterilization of such used devices because they can never be cleaned.” Single use of biopsy needles is in accordance to CDC-USA guidelines against re-use of these needles which are termed as high risk for transmission of infection.