The project has been selected as Asia Digital Transformation Promotion Project by the Japanese Ministry of Economy, Trade and Industry 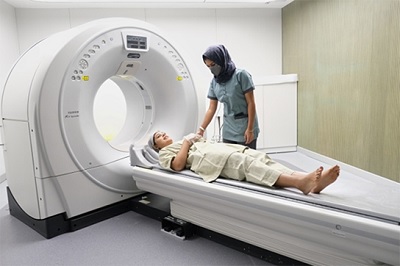 Fujifilm Corporation has launched a project for verifying the effectiveness of its AI technology that assists diagnostic imaging in India as a new initiative in the company’s health screening service business for emerging countries.

This project will be conducted at the NURA, a health screening centre that Fujifilm opened in India in February this year. It has been selected as one of the 'Asia Digital Transformation Promotion Projects' by the Japanese Ministry of Economy, Trade and Industry in recognition of its potential in contributing to solving social issues in the fast-growing emerging countries in Asia.

In February this year, Fujifilm commenced its health screening service business in emerging countries and opened NURA, its first health screening centre focusing on cancer screening in Bengaluru. The centre has provided screening to people of all age groups, ranging from those in their 20s to 80s, including residents around Bengaluru and workers of nearby companies / medical facilities. Its ability to offer speedy and high-quality services have received high acclaim.

The latest project launched this time to be completed by January 2022, examines chest CT scan data of some 2,000 NURA visitors to verify that medical diagnosis based on the diagnostic imaging support function using AI technology can effectively prevent doctors from overlooking legions or improve the speed of interpreting images.