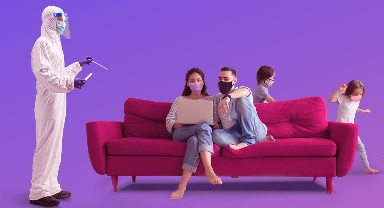 PathStore France has launched COVID-19 RT-PCR testing campaign ‘Abki Baar RT-PCR’. The company is all set to bring about a revolutionary market correction within the diagnostic industry. The company is offering the test at Rs 299.

PathStore’s deployment of its highly affordable ‘gold standard’ RT-PCR testing will be a key part of the state’s response in ensuring tourism, industrial and retail sectors functioning. The company has projected overall savings of over $2 to $5 billion a year to the exchequer if the testing rates are brought down nationally.

Talking about the overall campaign, Anubhav Anusha, Global CEO, GeneStore said, “The PathStore COVID-19 test will be a major shot in the arm to the Indian and global testing strategies in the fightback against COVID-19. At present, India is conducting 15 to 20 lakh tests per day, which on average costs the Indian economy close to Rs 3000 crores a month. With the price point of Rs 299, it is estimated that the Indian consumer will save over Rs 1500 crores per month, which translates into a sufficient fund to procure approximately an additional one crore vaccines monthly or at least double the scale of testing.”

The company has established three testing laboratory, which is capable of handling one lakh samples a day, and will be led by an army of 500 medical representatives trained by Mayo Clinic, USA.

The company has also launched an Allied Medical Services Training Academy to address the issue of India’s manpower crisis for COVID 19 RT PCR sample collection and is currently training over 1000 individuals as a part of its nationwide human resources deployment to fight the pandemic.