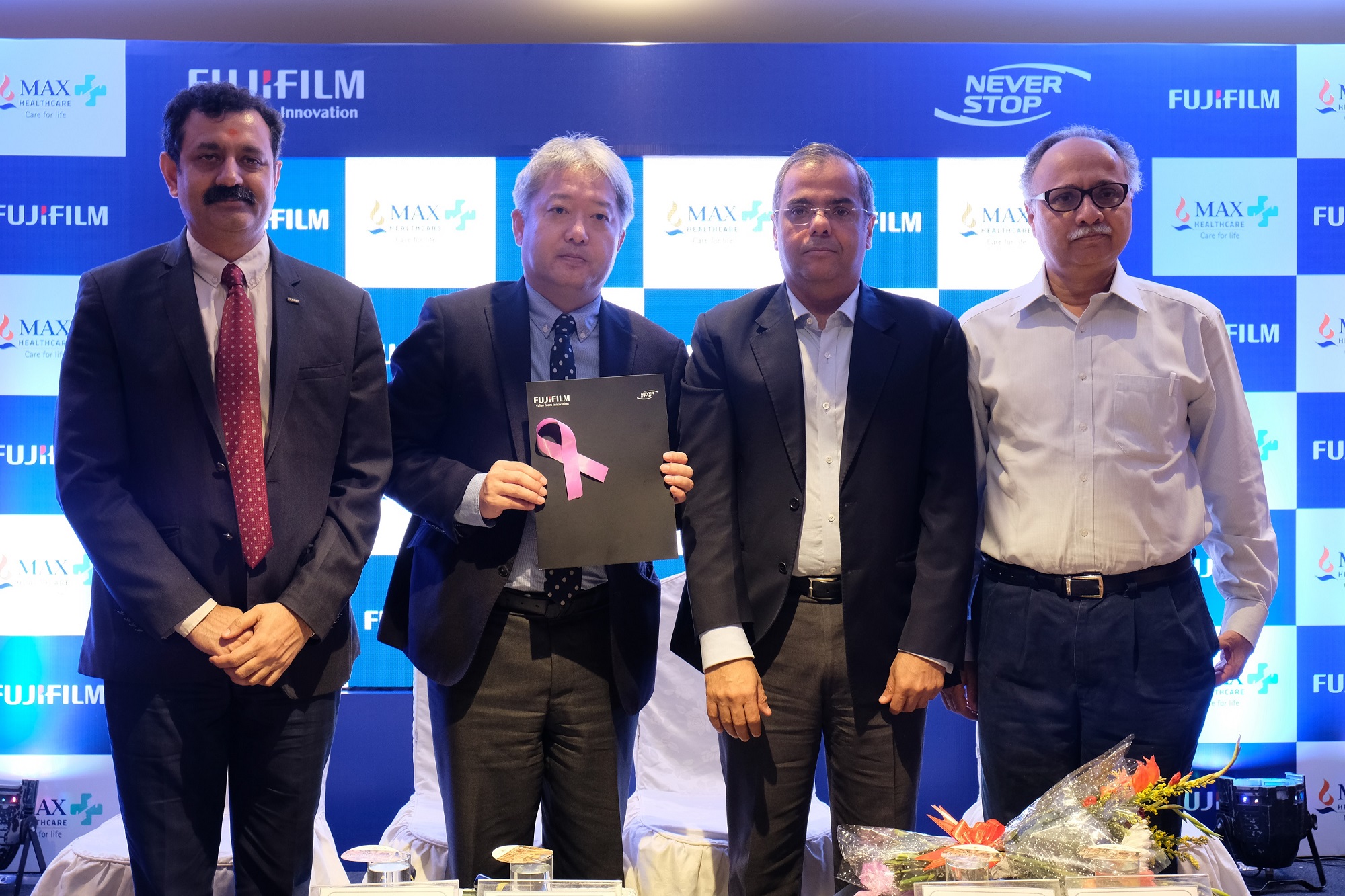 Max Super Speciality Hospital has announced a partnership with Fujifilm India. Witnessing the scarcity of radiologists and limited experts in breast cancer diagnostics across Asia and in India, the two brands have come together to train doctors in early detection of cancer.

The doctors will be trained in Breast Mammography, Breast MR, and Breast Ultrasound techniques for six months through the Max-Fujifilm Collaboration fellowship program. The program will train two select Radiologists per year towards early detection of Breast Cancer.

Commenting on the association, Haruto Iwata, MD, Fujifilm India said, “According to health ministry of India breast cancer ranks as the number one cancer among Indian females with rate as high as 25.8 per 100,000 women and mortality of 12.7 per 100,000 women. We at Fujifilm understand the importance of early detection and are committed at improving the survival rates with advance treatments. Our revolutionary AMULET INNOVALITY is one such product that has made early detection of breast cancer a reality for women all over the world.”

“Our association with Max Super Speciality Hospital is a significant and collective step to fight against cancer. With the increasing prevalence of breast cancer in the female populace, it is imperative for healthcare providers to deliver the best and precise early detection screening facilities that can help save lives. We are making continuous attempts to create awareness among women on breast cancer and promoting campaigns such as the Pink Ribbon to encourage the early discovery of breast cancer,” he added.

Commenting on the same, Dr Harit Chaturvedi stated, “According to a recent WHO data, it impacts over 2.1 million women each year, and also leads to the highest number of cancer-related deaths among women. There are various factors that might increase the risk of breast cancer in women such as obesity, late or no children, lack of breast feeding, alcohol and smoking. Therefore, women not only need be wary of the key symptoms of the disease such as breast lump, nipple discharge, skin changes over breast, pain in the breast etc. but also closely monitor their regular habits and lifestyle. The most effective tool to win the cancer war in general and breast cancer in particular is awareness and early detection. We recommend annual screening of healthy women above 40 years of age, besides being aware of the symptoms and acting on them. The deployment of this advanced technology in partnership with Fujifilm – Amulet Innovality with 50micronresolution, would play a critical role in screening the healthy population and detecting cancer early and help clinicians deliver more tailored and effective treatment.”

Dr Bharat Aggarwal says, “A radiologic exam is an integral part of the diagnosis procedure in the oncology space as it uses radiation or other imaging procedures to find signs of cancer. With increasing occurrence of breast cancer in women, it is imperative to not only raise awareness on the subject but also various modern technologies that have been introduced in the industry to ensure enhanced patient care. The primary goal for our collaboration with Fujifilm is to provide complete and innovative medical attention to breast cancer patients. The new cutting-edge Amulet Innovality with 50micronresolution will play a key role in our battle against breast cancer.”

Chander Shekhar Sibal, Executive Vice President & Head of Medical Division at Fujifilm India said, “This partnership is a milestone in the history of healthcare in India, providing highest standards of healthcare at the most affordable cost and optimizing healthcare facilities for the wellbeing of the patients. Early diagnosis has been the biggest draw of our machines and also the fact that they have been designed in a way to ensure that there is minimal pain and discomfort. I am very proud and pleased to share that as of now we have more than 3,500 happy users of our digital mammography across the globe, among them 40 installations are in India. We at Fujifilm believe that such associations and exchange of technology is a critical step forward towards building a vibrant and healthy nation.”

This partnership aims at training radiologists for early and effective detection of breast cancer and thereby reduce the breast cancer mortality drastically.