MedGenome brings relief to a family through genetic testing

In India, over a million babies are born each year with genetic disorders and 20-30 % of infant mortality is due to these disorders. 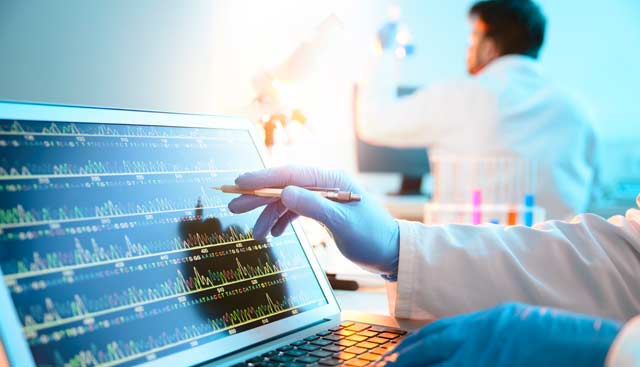 Genetic testing helped a couple to know about their unborn child’s health, who were anxious regarding the health of their unborn child with respect to hearing loss, which gave them hope and allayed their anxiety.

A couple hailing from Vijayawada, Andhra Pradesh was a happy family until they discovered that their first born suffered from hearing and speech loss. The couple experienced a lot of emotional trauma and were worried for their next child. They opted for genetic counselling to understand if their second child will have the same issues as their first child. They consulted Dr Sunitha Tella, Head of the Clinical Genetics and Fetal Medicine Department, at the Institute of Genetics and Hospital for Genetic Diseases, Hyderabad who suggested the family to undergo genetic testing at MedGenome Labs, Bangalore.

In India, over a million babies are born each year with genetic disorders and 20-30 % of infant mortality is due to these disorders. “In this case, the first born child had cognitive disorders hence it was natural for us to recommend genetic testing to understand if the hearing impairment was due to genetic factors basis which we could take appropriate screening measures when they plan their second child”, said Dr Sunitha Tella.

The blood samples of the parents and their first child was sent to MedGenome Labs, Bangalore for the genetic analysis. The report revealed their first born had two mutations (variants) in the GJB2 gene, which is associated with hearing loss, while the parents were found to be carrying one mutation each, making them “carriers” of the disease. Meaning, their child may have 25% chance of being affected with hearing impairment.

Carriers are those individuals who carry one defective copy of a gene (due to a mutation) but aren’t affected with the disease. However, these carriers are at a high risk of having a child who is affected, especially when they are married to another carrier for the same gene. This was the case in their first child, who inherited two defective copies of the GJB2 Gene, one from each parent.

“During Saroja’s next pregnancy, the fetus was tested for these two variants. Fortunately, it was found that the fetus was only harboring one of the two mutations found in the first child. This meant that the child would be a carrier of the disease and wouldn’t suffer from hearing loss,” said Dr Sunitha Tella.

Couples should undergo pre- conception counselling (i.e before planning for the next pregnancy) with a Genetic Counsellor; especially when there is positive family history for a disorder. Such counselling sessions help the couple better understand the risk to the child as well as help recommend a suitable prenatal genetic test.

“Genetic testing is becoming an integral part of clinical practice in India as it can aid in prevention, treatment/management and prediction of a disease thereby bringing down the burden of healthcare. Clinicians across the world today understand the importance of genetic testing and include it as part of the routine tests when necessary,” said Dr V L Ramprasad, COO, MedGenome Labs, Bangalore.