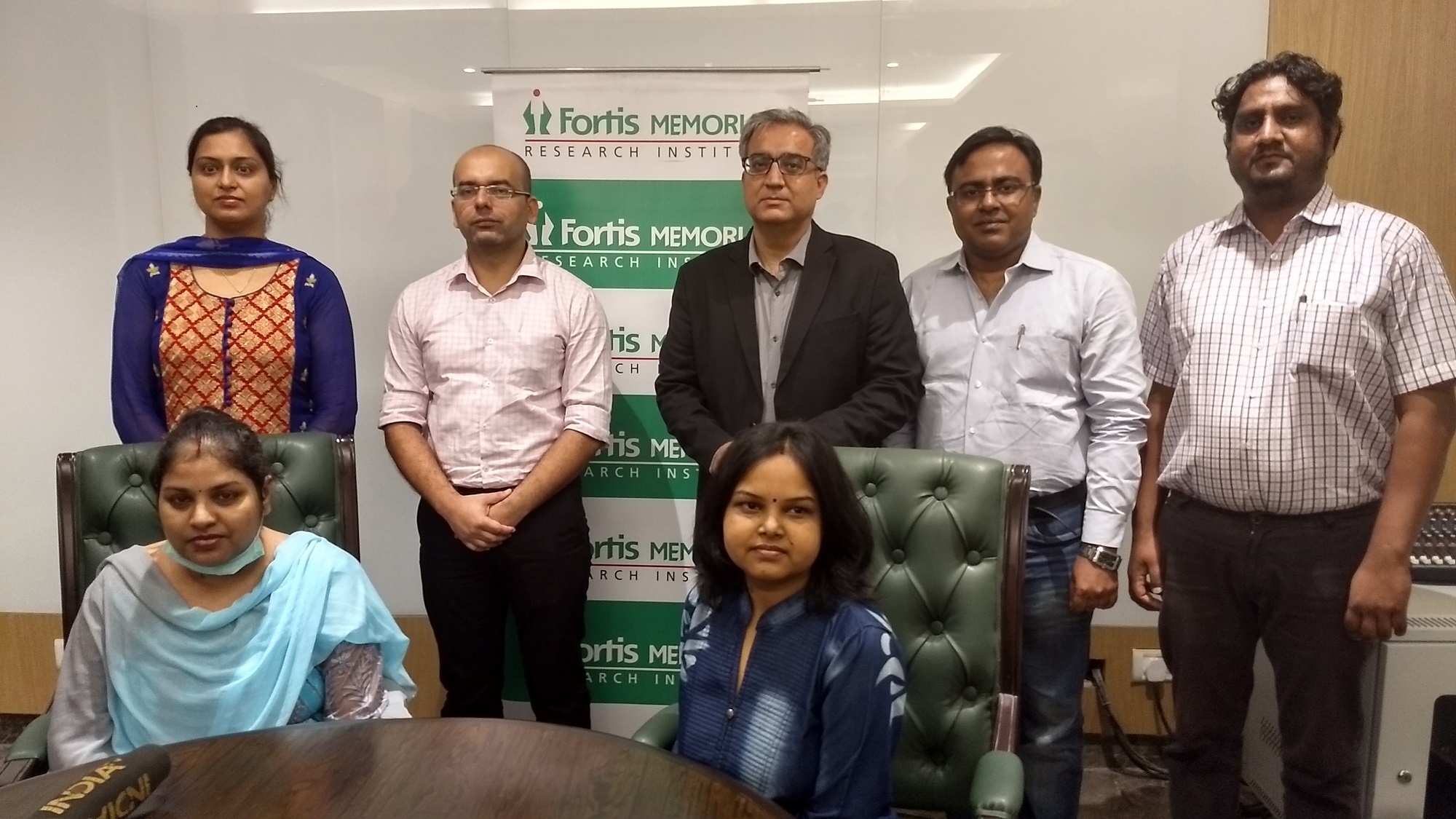 50 cases that required intervention of ECMO (Extracorporeal membrane oxygenation) were conducted at Fortis Memorial Research Institute under the aegis of Dr Sandeep Dewan, Director and HOD, Critical Care and his team.

Extra Corporeal Membrane Oxygenation (ECMO) is a machine which acts as a heart – lung bypass. It can support and perform the functions of the lung and the heart, individually and together. The ECMO circuit acts as an artificial heart and lung for the patient during ECMO therapy

ECMO is rapidly gaining recognition as a technique that is used to save people when all other options have been exhausted. There were two exceptional cases that illustrated how the timely use of ECMO could save a person’s life. The first patient was diagnosed with pulmonary tuberculosis. The second patient was shifted in a severe condition after contracting swine flu had suddenly gone into severe respiratory distress.

First patient, Vidushi was a known case of type 2 diabetes mellitus and had been suffering from high grade fever and a dry cough for over a month. She had been diagnosed with pulmonary tuberculosis (TB) and been on antitubercular treatment for over a month.

On presentation, she was diagnosed with respiratory distress post which she was admitted in the ICU. Care was carried out as per protocol and she was put on the Bilevel Positive Airway Pressure system on which she maintained a saturation of 99%. Her condition deteriorated  and she had to be put on ventilator support as her oxygen levels and blood pressure began to fall and she showed symptoms of severe acute respiratory distress syndrome.  It was then that the patient was put on veno-venous ECMO support. On the 6th day, the patient’s lung function started to improve, vasopressor (a drug or other agent which causes the constriction of blood vessels) support was gradually withdrawn and oxygen levels started improving.

In the second case, 27-year-old Yashi, a mother of a two-year-old was absolutely fine till August 5th when she suddenly developed high grade fever and cough which worsened with each passing day. When Yashi was shifted to FMRI, her condition had rapidly deteriorated and she developed difficulty in breathing. She was diagnosed with Swine Flu. Her condition worsened and she was unable to maintain her saturations. So, she was put on a ventilator support. Chest X- ray was suggestive of a condition called “ARDS”. ARDS is a condition where lungs are unable to function properly and the patient is unable to maintain normal saturations. Every possible manoeuvre in ventilator was being tried, but unfortunately the patient did not show any improvement. Finally, a decision to put the patient on ECMO support was decided.

Since the patient was on very high ventilator requirements, it was impossible to shift the patient as she was and hence was moved to FMRI on portable ECMO. Yashi was on ECMO for three days after which she was shifted to a room and later discharged.

Dr Sandeep Dewan, Director and HOD, Critical Care said, “Cases of Anju Yadav and Vidushi were one of a kind and hadn’t been reported within the medical field previously. This was the first time that ECMO was administered on a tuberculosis patient in India. Anju Yadav’s case was challenging as the patient was pregnant had severe ARDS and required ECMO which had to be administered with ongoing CPR and chest compressions. The post-operative bleeding on ECMO also had to be tackled. These cases highlight how all efforts to save a patient failed, barring the use of ECMO. Awareness about ECMO intervention is extremely important among healthcare professionals and families. It is necessary to have an option B ready at all times.”

Dr. Simmardeep Gill, Zonal Director, Fortis Memorial Research Institute said, “ECMO plays an extremely critical role in the healthcare sector. It is necessary to facilitate ECMO intervention with the correct infrastructure and expertise. Knowing how and when to use it, is extremely important. The trend observed so far is that ECMO is used most often used as a last resort.  We are very proud that Dr. Sandeep Dewan has been able to save multiple lives using ECMO. So far he has dealt with 50 cases that required ECMO, which is the highest number of cases reported in the northern region of country.”