Training were given to conduct roving robot hands-on workshop 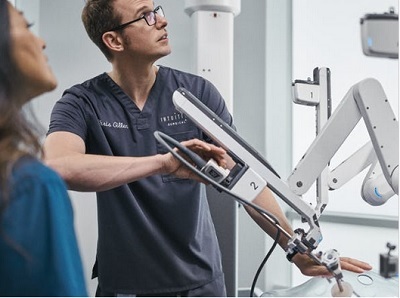 Intuitive aims to familiarise the medical fraternity with robotic-assisted surgery, its technology, clinical applications, benefits and its safety profile. Intuitive is planning to conduct such workshops across India as a part of their Roving- Robot programme.

Mandeep Singh Kumar, VP and GM, Intuitive India, said, "The Intuitive Roving Robot Program aims to support the evolution of India’s surgical healthcare landscape. With the same objective, we are continuously expanding the reach of such programmes across the country."

Dr Saveetha Rajesh, Director, Saveetha Medical College, Chennai, said “We have seen an overwhelming response from the surgeons and residents to participate in this week-long workshop, as more than 130 people attended this programme, which include 50 doctors and 80 residents."