This is the first of its kind center to use US FDA-approved Transcranial Magnetic Stimulation (TMS) for treating Depression, Addiction, and OCD in India 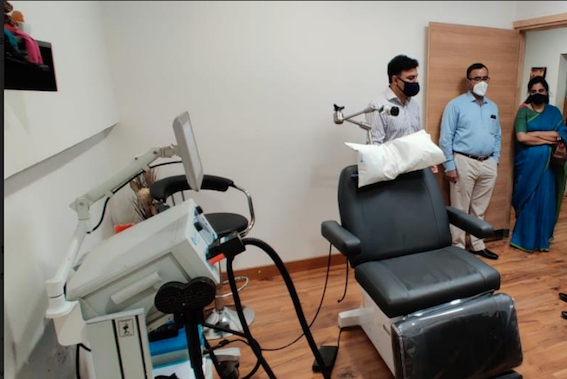 MindfulTMS Neurocare, an initiative by Rangsons, which is a part of NR Group, has announced the launch of its new center at Aster CMI Hospital, Bengaluru.

As per the report from the Indian Psychiatric Society(IPS), the number of mental health cases had increased by 20 percent since the lockdown and that at least one in five Indians were affected. There is a significant rise in mental illnesses in the working population and children due to the extended lockdown, job losses, and remote learning.

To address the issue, Mysore-based NR Group has decided to extend its services by launching another center in the city.

This is the first of its kind center to use US FDA-approved Transcranial Magnetic Stimulation (TMS) for treating Depression, Addiction, and OCD in India.

Commenting on the launch, Pavan Ranga, CEO, MindfulTMS and Managing Partner, NR Group, “The center has been specially designed to provide a holistic approach for treating mental illnesses with the US FDA-approved Transcranial Magnetic Stimulation (TMS) at its core. MindfulTMS Neurocare is a global brand with a presence in the US, Europe, and Asia, that brings together the clinical expertise of neuropsychiatrists from the US, along with cutting-edge treatment and individually customized treatment protocols that have yielded successful results for treating mental illnesses over time.”