As part of the launch, a Blissful 9 package was also announced for the first time, for the residents in Gurugram 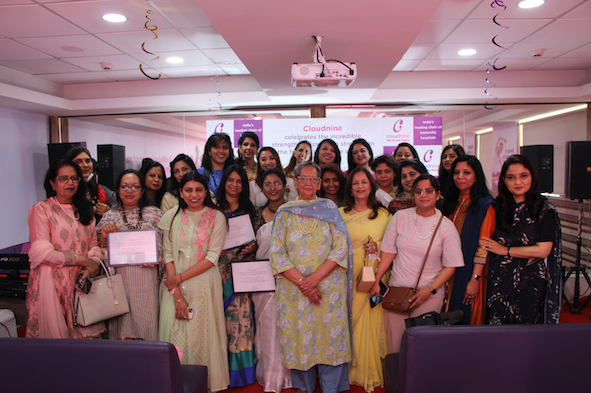 Cloudnine has announced the launch of its second unit Gurugram at Sector 14. This will be the second dedicated boutique women and child care centre in Gurugram.

The unit was launched by Dr Annu Kaushik, Director, Nursing, Cloudnine in the presence of several dignitaries and doctors from the group specialising in the field of gynaecology, paediatrics & fertility along with women leaders from Gurugram/NCR. To recognise the efforts and contribution of women at the sidelines of launch, Cloudnine felicitated more than 35 successful women leaders from Gurugram/NCR to mark the International Women’s Day. The aim of this award and recognition was to celebrate the incredible strength of women and encourage their meaningful contributions to the society.

As a part of the launch, a Blissful 9 package was also announced for the first time for the residents in Gurugram. This package offers complete prenatal and antennal checkups which includes consultations, blood tests, lab scans, vaccinations and diet consults for all trimesters for all the nine months just starting at Rs 9999.

Dr Kaushik said, “Every mom-to be wants to have a delightful birthing experience and hence we have made an attempt to listen to our customers and match their requirements at all stages of the birthing journey and created an ideal set of services to meet their needs and exceed their expectations under one roof.”

Speaking at the sidelines of launch ceremony, Raviganesh Venkataraman, CEO, Cloudnine Group of Hospitals stated, “This new addition to our family, shall further strengthen our initiatives in providing highly specialised maternal, childcare & fertility care to customers from Gurugram and adjoining towns and cities.”

Some of the services available at the centre shall also include ante-natal classes, lactation specialists, counsellors, and physiotherapists along with Lamaze experts, stem cell banking & cosmetology.