An ependymoma is a primary central nervous system (CNS) tumor 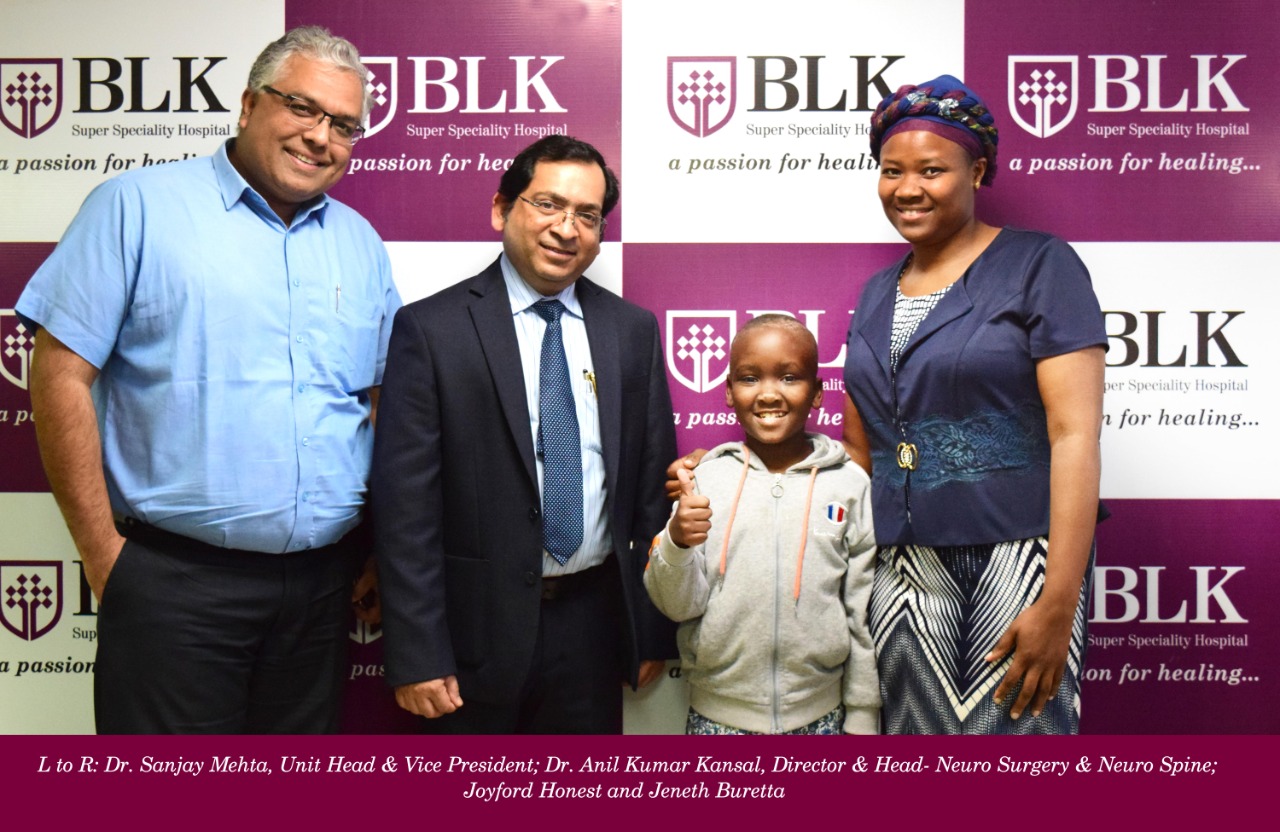 "The patient was admitted to the hospital with complaints of recurrent seizures, vomiting, aphasia, urinary incontinence, diminution of vision, and right side weakness of the body. MRI BRAIN was suggestive of a large left frontal mass lesion with midline shift which was occupying more than half of the cerebral hemisphere with a tumor size of 8.7x8.6x7.8cm,” informed Dr. Anil Kansal, Director & HOD - Neuro Surgery & Neuro Spine in BLK Centre for Neurosciences.

"Brain tumors are rare in kids specifically and such large size tumors are rarest. In Joyford’s case, this highly vascular tumor presented several risks of surgery including the risk of paralysis of a limb or any other neurological deficit. Excess bleeding during surgery was also a major risk. With a thought-through process, we planned a microscopic resection of the tumor. Surgery was successful and post-operative patient was perfectly fine without any neurological complication, which was a major risk in this case. The tumor biopsy showed that the tumor was cancerous and patient underwent radiation therapy at the hospital,” elaborated Dr. Kansal.

According to experts, an ependymoma is a primary central nervous system (CNS) tumor. This means it begins in the ependymal cells in the brain and spinal cord that lines the passageway where the cerebrospinal fluid nourishes the brain flow.