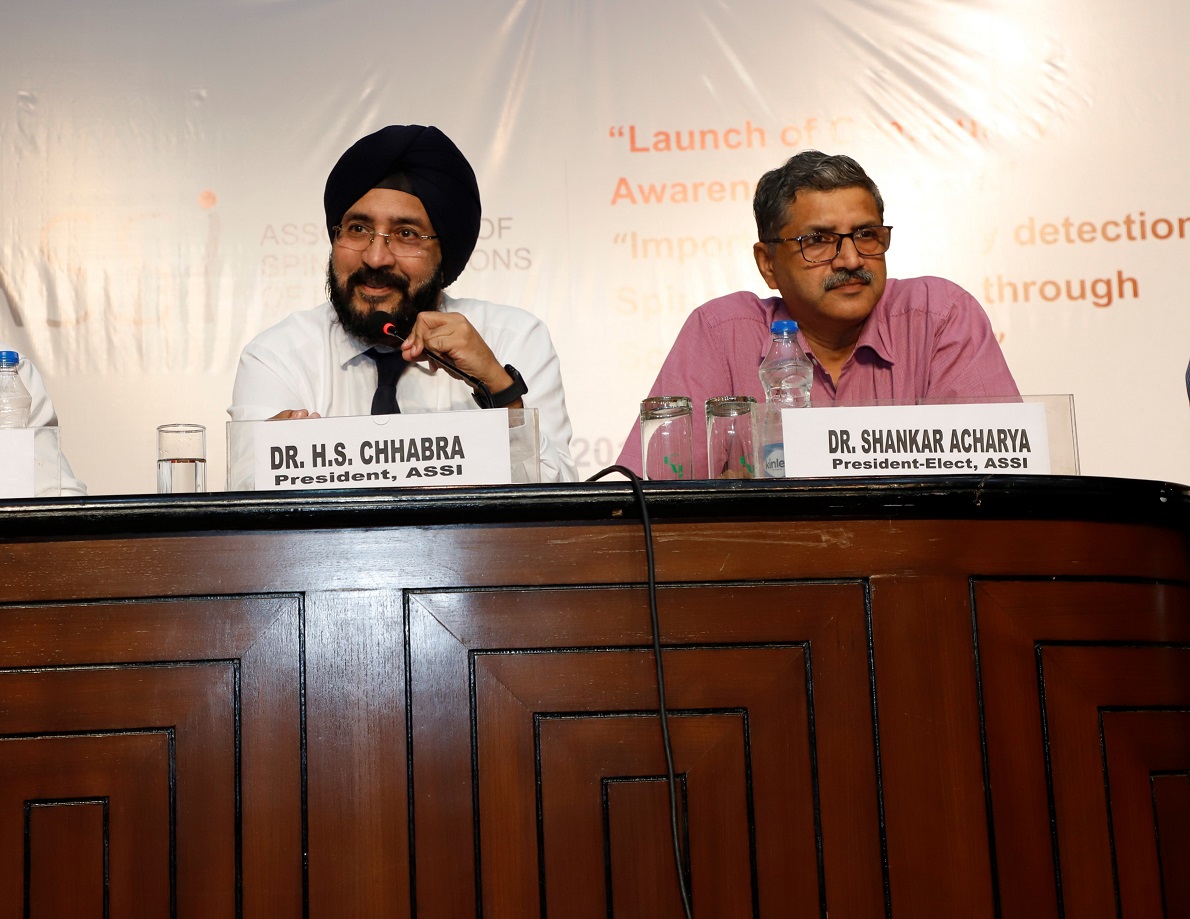 Spinal deformities characterized by abnormal curvature of the spine are usually found in children below 14 years of age. However, due to lack of awareness and absence of medical screenings, late presentation of disease remains a major problem in India. In a first of its kind initiative in India, the Association of Spinal Surgeons of India (ASSI) has launched a major scoliosis screening program for school children across multiple cities with an objective to increase early identification and spread awareness.

The screening program aims to reach around 1 to 1.5 lakh school children in two years. While the first phase will target schools in 9 cities, thereby, the screening program is expected to be extended to 14 cities. As part of the initiative ASSI also plans to undertake steps to launch an e-learning programme to enable common people to identify spinal deformity. Notably, several online applications such as Scoliometer and Angle meter are available for people to check for spinal deformities themselves. The ASSI awareness program will also educate parents about their availability and usage.

Early identification of abnormality increases treatment options and helps prevent the progression of deformity as the child grows. As the apex body of spine surgeons in the country, ASSI has also recommended that all children between 10 to 14 years of age be screened for spinal abnormality. Spinal deformities such as scoliosis and kyphosis need to be identified early so that effective intervention can be undertaken to prevent deformity progression which can affect a person’s appearance as well as health.

Dr H S Chhabra, President, ASSI and Chief of Spine Service & Medical Director, Indian Spinal Injuries Centre, New Delhi said, “Such deformities can have devastating consequences on cosmetic appearance and neurological function. While many cases of curvature are mild and require only ongoing observation, other cases can worsen with time and require active treatment such as bracing and surgery. Screening for spinal deformity is an established process worldwide. However, in India we do not have comprehensive screening programs that result in late presentation of the condition. Through our screening program, we aim to reach out to around 10,000 kids in each city. This will be a first of its kind major study conducted country wide.”

The purpose of a scoliosis screening program is to identify students with spinal curvatures that will require further follow up by a healthcare provider. Collation of long term data under the study will help experts to study the prevalence of spine deformities and their prognosis in India. Notably, there exists a paucity of comprehensive studies and data on this subject in India.

In the first phase, ASSI has reached out to schools in Delhi, Mumbai, Chennai, Coimbatore, Bangalore, Bhubaneswar, Indore, Lucknow and Patna. Under the drive, parents and children will be educated on the subject and spine screening will be conducted for children who consent to participate in the study. The spine examination has to be conducted by medical officers or nurses at the school after they are briefed by the spine surgeon. Free counseling of the parents by the concerned spine surgeon will be facilitated and treatment process initiated where required. All the data thus collected will be private and confidential.

Dr Shankar Acharya, President-elect, ASSI Sir Ganga Ram Hospital said, “Scoliosis, a sideways curvature of the spine is the most common spine deformity in the pediatric population. Other less common curvatures include lordosis – an accentuated forward curvature of the lower spine, and kyphosis -- a rounding of the upper spine. In the absence of medical screening, Kyphosis is often confused with poor posture in children when it actually is a structural deformity. Lack of awareness remains a major challenge and is a major factor behind late identification of the condition. With the development of curvatures occurring most often between 10-18 years, it is important that it is detected in early adolescence. Notably, curve progression occurs at rates 7-8 times higher in girls than boys.”

The prospect of spinal surgery often intimidates people. It is therefore important to raise awareness among people about safety, effectiveness and improved surgical outcomes of spinal surgeries today. Recent advances such as neuromonitoring and robotic surgery have in many ways revolutionized spinal surgery. While neuromonitoring allows monitoring of the nervous system and neural structures during surgery, computer-assisted navigation and surgical robotics minimize risk of complications and reduce exposure to radiation. Spinal deformity can be effectively managed and corrected with the help of these advanced surgical tools.