MGM Healthcare aspires to become amongst the first to offer Fetal Neurosurgery in S.E. Asia

25,000 New Cases of SPINA BIFIDA Reported Every Year in India 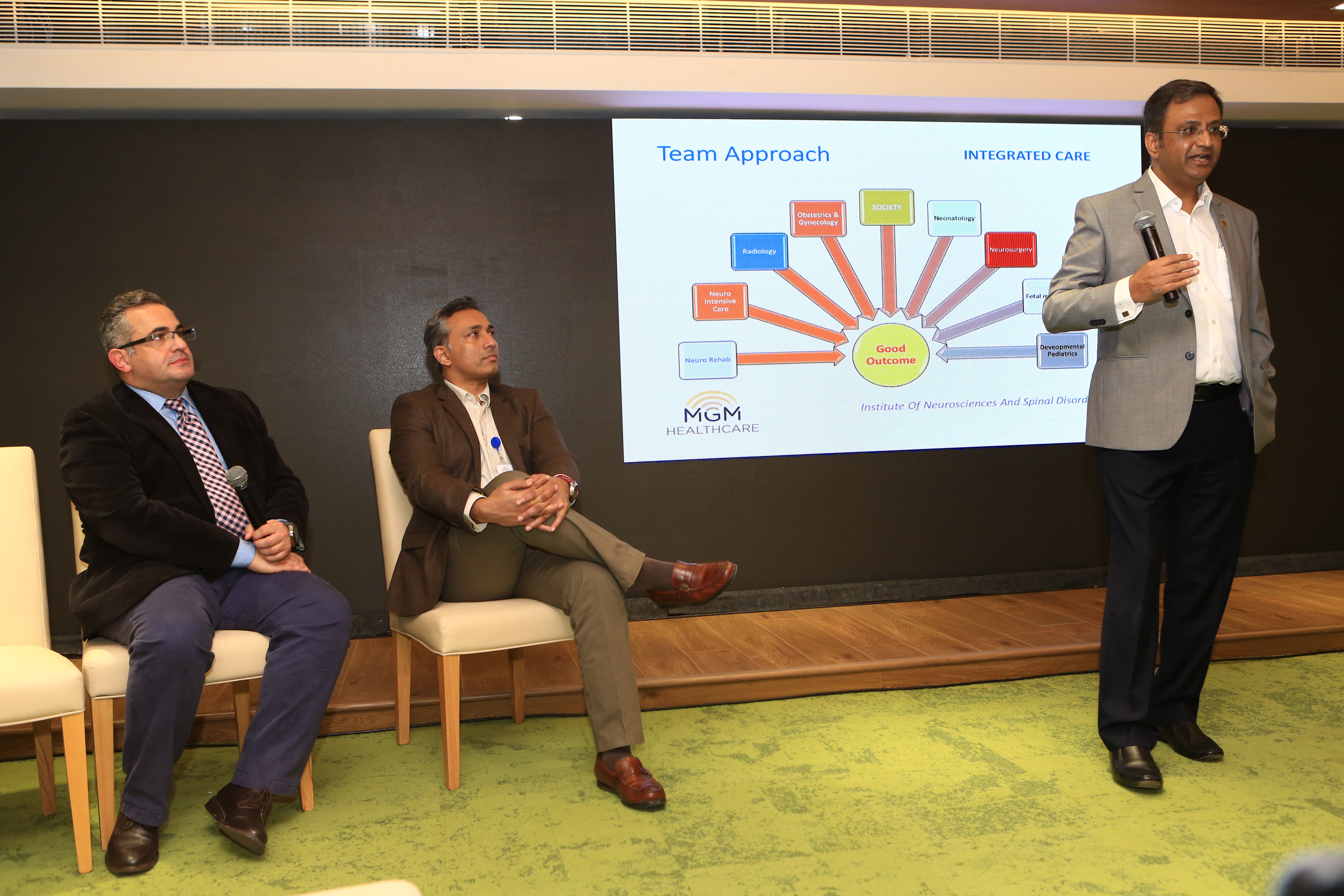 MGM Healthcare  who over the course of two decades have dedicated themselves to create a new era in healthcare, is creating awareness on a  condition known as Spina Bifida. MGM Healthcare also announced that they would soon be setting up a state of the art multi-disciplinary Fetal Neurosurgery department which would be the first of its kind in South Asia. Dr. K. Sridhar, Director and Group Head, Institute of Neurosciences and Spinal Disorders, MGM Healthcare Pvt Ltd, highlighted the symptoms and preventive measures (clinical as well as surgical) for Spina Bifida.

In India, 25000 new cases of Spina Bifida are reported each year (Maximum reported worldwide) which is approximately 6-8 cases per 1000 births. Spina Bifida is a birth defect that occurs when foetus’ spinal cord fails to develop or close properly while in the womb. Symptoms can sometimes be seen on the skin above the spinal defect. These include an abnormal tuft of hair, a birthmark or protruding spinal cord tissue. Spina Bifida is a congenital neurological problem that causes lifelong issues for the patient from complete paralysis of the legs to lack of control over the bladder and bowels. Spina Bifida is also associated with multiple other brain related issues as the child grows. While consumption of Folic acid is a well-known pre- conception prevention strategy, there are still many children born with Spina Bifida.

Post Natal surgery has been the mainstay treatment for this condition.  Fetal Neurosurgery has been validated as a strategy to prevent and reduce the enormous burden of neurological problems that a child with Spina Bifida (Meningomyelocele) may have post birth. Surgically correcting the defect in the womb has been clearly shown to prevent and reduce not only the immediate problems of Spina Bifida but also reduce the incidence of associated problems such as hydrocephalus and tonsillar herniation.

“Fetal Neurosurgery is a unique concept, available only in a few centers across the western world, that addresses congenital problems when the child is still in the womb” said Dr. K. Sridhar, Director and Group Head, Institute of Neurosciences and Spinal Disorders, MGM Healthcare Pvt Ltd. “Fetal Neurosurgery requires an integrated approach for both the mother and child with a high end infrastructure. The Institute of Neurosciences and Spinal Disorders, MGM Healthcare, Chennai, along with Obstetrics, Fetal Medicine, Radiology, Neonatalology and Neuro Rehabilitation will soon be one of the first to have such a facility in South Asia, making MGMH in Chennai a hub for Fetal Neurosurgery” added Dr. Sridhar.