Chest X-Ray revealed the patient’s heart positioned on right side of the chest. 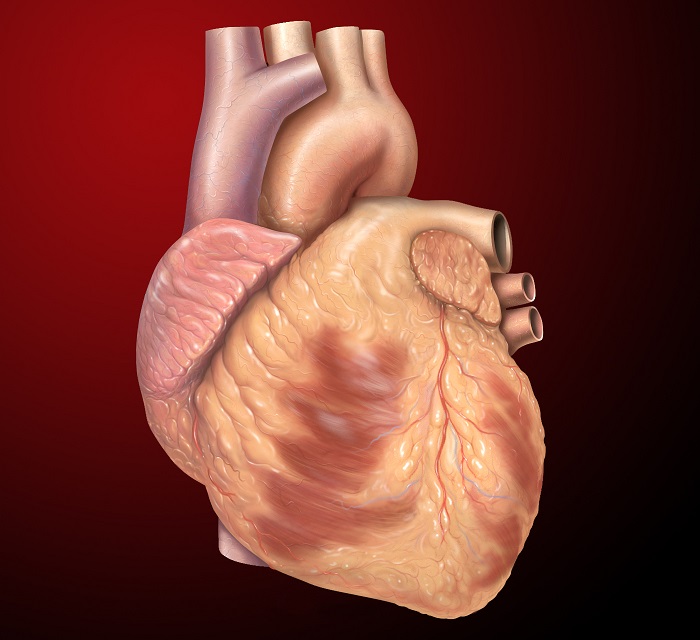 Kumar Yadav (name changed), a 23-years old man from a small village Bahadurpur in Bihar, had a heart disease diagnosed when he was four years old. He used to get tired very easily and had his lips and fingers appeared blue. The doctors told the family that the situation demanded surgery. However, due to financial constraints, the surgery could not be done at that point of time. Seeing Kumar’s condition slowly deteriorating over 17 years as he got breathless even on walking for a short distances or climbing a few stairs, the family took him to a local government hospital in Bihar for treatment. On consultation he was referred to a cardiologist in Kolkata.

“Kumar weighed less than 35 kgs. The oxygen saturation was only 58 per cent in the patient, whereas it is around 98 per cent to 100 per cent among normal people. His height was 4.9 feet, which is less than a normal 23-year-old person, due to his long-standing heart disease,” said by Dr. Anil Kumar Singhi.

The Chest X-Ray of Kumar revealed that his heart was positioned on the right side of the chest. The Echocardiogram revealed large left-sided heart chambers but without any hole between two big chambers or ventricles, as diagnosed outside. A bubble contrast test highlighted an abnormal connection between left-sided lung arteries, which carries impure blood, to left-sided atrium-the chamber having pure blood.  Ultimately, the computed tomographic angiogram (CT Pulmonary angiogram) was done to outline the defect and a very large and dilated abnormal birth related connection between left lung arteries to left-sided atrium was confirmed. The narrowest point of the abnormal connection was huge, around one inch in diameter, larger than the size of the main big artery of the body. The impure blood was being mixed with the pure blood causing bluish discoloration (Cyanosis) of fingers, nails, and lips.

The treatment options were truly challenging. Non-surgical closure by placing a device through a vein in the leg was discussed to reduce risk. These types of devices are very soft, durable, and non-corrosive. As the size required was very large, it had to be ordered, explained Dr. Singhi.

The non-surgical trans-catheter procedure was done in one hour and fifteen minutes under local anaesthesia. Through leg veins, the defect was crossed with wire and small catheter. A specialized sheath was introduced in the defect area in cardiac catheterization laboratory. A large 24 mm Lifetech muscular VSD device was placed across the defect under monitoring and angiogram. Immediately, the oxygen saturation increased to 99 per cent in Kumar, which is normal.

“The procedure was a success and the patient was taken to ICU. Kumar was shifted to the general ward within 24 hours after the procedure. He was discharged on the third day. Kumar was prescribed with some blood thinning medication,” said Dr. Singhi.

“Medica gives due importance to effective healthcare irrespective of the affordability of the patients. We are indeed very pleased to say that this important breakthrough in congenital heart disease treatment itself is a significant benchmark. We hope that in near future, Medica will be coming up with new milestones. Congratulations to the whole team and our colleagues for their exemplary dedication and commitment,” said Dr. Alok Roy, Chairman, Medica Superspecialty Hospital.