Girls fared slightly better with 63% of them having healthy BMI as compared to 59 % of the boys. 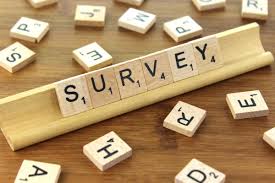 The latest Annual Health Survey by EduSports’ which was launched 9 years ago to understand the overall health and fitness levels of children in schools revealed that children are displaying alarmingly poor fitness levels all across India. The nationwide study has covered 1,53,441 children in the age groups of 7 years to 17 years from 279 schools across 113 cities and towns in 21 states.

The survey further showed that girls fared slightly better with 63% of them having healthy BMI as compared to 59 % of the boys. Girls were observed to be fitter than boys in several fitness parameters such as upper body strength, abdominal strength and flexibility. However, the boys outscored the girls in the fitness parameters of lower body strength and aerobic capacity.

Although the study shows a cause for concern, it also highlights the ways in which we can rectify the situation. A comparative fitness assessment for all children was done before and after their annual summer break. It was observed that during break, there was a drastic drop in the fitness levels of children across all the parameters. This shows that schools play an important role in helping to keep children healthy. When children lose access to the sports infrastructure and regular sports programs that schools provide, their fitness is negatively impacted.

Mr. Saumil Majmudar, CEO and co-founder, EduSports says “Although the high percentage of unhealthy children is alarming, we still have an indication of how we could rectify the situation. The study reinforces the idea that schools, by providing play spaces, act as catalysts for maintaining the fitness of children. In the current context, when there is a lack of safe play-spaces in many cities, schools are the only places where children have the opportunity to play. This also reinforces the need and importance of effectively utilizing and
structuring any available play time in schools so that all the children benefit from the program – and not just the school teams.”