Odisha Govt. to set up 19 new hospitals in backward areas 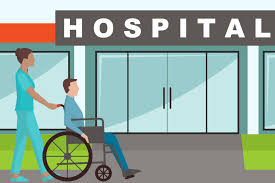 The Odisha government has proposed to set up 19 new hospitals on Public Private Partnership (PPP) basis in 18 backward districts of the state.

A bulk of these hospitals will come up in the eight districts of the KBK (Kalahandi Balangir and Koraput) region.

The proposal was discussed at a meeting of the Empowered Committee on Infrastructure, held under the Chairmanship of Chief Secretary Aditya Prasad Padhi.

The Chief Secretary directed health officials to decide on the locations for the proposed hospitals taking into account the existing health service facilities and newly coming up medical colleges, said the official.

It was proposed to establish 19 hospitals in 18 districts on the parameters of backwardness in health indicators. The total bed capacity would be around 2,600.

While the government would provide land at concessional rate with other infrastructural facilities and also decide the tariff of treatment in these hospitals.

The private parties would make necessary investments for setting up the hospitals and they would bring in more specialists and clinical personnel, said the official.

It is estimated that the project would create direct employment for 9,500 persons and the total private sector investment would be around Rs 1,150 crore.

The health department will prepare the detail project and get the approval from government.