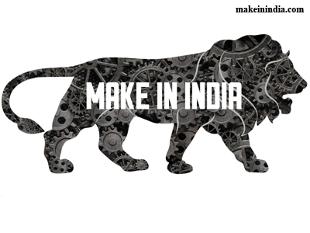 The campaign has created a lot of buzz, and has been a topic of discussion at various business meetings

In September 2014, Prime Minister Mr Narendra Modi launched 'Make in India' program, rolling out the red carpet to investors through a string of measures including easier norms and rules aimed at transforming India into a manufacturing hub. BioPharma and Medtech were amongst the 25 sectors that the government has identified that are covered under the Make in India plan. In the recent times, the campaign has created a lot of buzz, and has been a topic of discussion at various business meetings. But has there been any concrete steps to boost this campaign especially in the biopharma and medtech sector? BioSpectrum tries to find out:

Impact of Make in India:
There are some contradictory response to this. Though, some believe that the campaign has failed to meet any expectations, some say it is a move in the right direction.

Speaking for the Medtech sector, Dr GSK Velu, founder and managing director, Trivitron Group of Companies, "There are some significant benefits to this move which will bring down the cost of medical equipment and devices by 30 to 50 per cent and also the uptime of equipment in tier 2/3/4 towns will improve due to easier availability of spare parts. Local production will also lead to additional employment generation, local R&D and local skill development programmes. Moreover, the PM's vision has already attracted some major MNC players are attracted to set up low cost manufacturing units in India to serve emerging market."

The campaign has a positive impact on the generic pharmaceutical firms' feels, but for the biotech sector nothing significant, feels Mr N Venkat, co-founder, Vyome Biosciences.

He said, "Nothing much is yet visible in the PM's Make in India Campaign for the Biosciences/Medtech Industry and the Players. The policies and investment thesis only talks about the increase in investment but concrete plans should be brought to the fore front. There has been a positive effect, though, for the Generic Pharmaceutical Players."

She added, "We expect even higher contribution from the region in the months to come. HIC, which aims at enhancing access to affordable healthcare in emerging markets, as well as across the globe is a key contributor to Philips globally. There has been a substantial increase in our healthcare footprint. Over the last few years, the facility has successfully launched 5 global products, doubled unit growth and filed multiple patents, making it a very important hub globally."

Currently the government is willing to listen to the views of Indian Manufacturers in this segment and implement changes to the tariff structure and regulatory structure in the upcoming budget.

"Indian Manufacturers are of the view Government should do away with 100% Customs duty exemption for all product categories as this has not benefited the end patients over the past two decades. As per the recent reports in the media, a Drug Eluting Stent which is being manufactured for Rs 5000 is being imported to India with around Rs 40,000 with nil Customs Duty and the end patient pays around Rs 1.5 lakhs for the same. Hence there is no rationale for Zero Customs duty for any Finished Goods imports and there should be at least 20% customs duty exemption between Finished Goods imports and Raw Materials/ Components import for ultimate manufacturing in the country," Dr Velu.

"Nothing significant positive effects have been visible yet for the biotechnology industry, except for the momentum that Indian Pharmaceutical industry already has by being a global supplier of pharma generics. The trickledown effect might be visible some time later," said Mr N Venkat.

Though at present, the effect might be negligible, the industry is optimistic that the future hold good promise for the campaign.

Speaking for the Biotech sector Mr N Venkat says that as of yet, there hasn't been any major announcement which complements or supports the campaign for the biotechnology industry's.

It may be noted that to realize the vision of PM Modi's vision of 'Make in India', department of chemicals and fertilizers had set up three task force, among which one was on 'Promotion of Domestic Production of High End Medical Devices and Pharmaceutical Manufacturing Equipment'.

In addition, the Task Force has also recommended measures for creating an institutional set-up for efficacy & safety testing, promoting skill development aligned to the need of the industry, strengthening the R&D Capability of the sector, pricing strategy for the sector and conducive regulatory environment.

In order to establish a region as a manufacturing hub two main pre-requisites must be met talent and supplier base.

"There is a very young, yet specialized population when it comes to R&D and engineering in India. We have a large base of this population and we need to invest in training this talent to become leaders in healthcare R&D and businesses. The supplier base in India is still at the infant stage in healthcare and we should focus on investing in increasing the supply base and ensure that we have global standards. Philips focus is to really develop and nurture this local base to further innovate and manufacture out of India," said Ms Ranganathan.

Mr N Venkat suggests following measure can be taken to make the campaign a success and make India a biotechnology manufacturing hub viz, Creation of an ecosystem for development and capital availability for biosciences innovation and manufacturing units; Creation of optimal, effective and speedy regulatory system for approvals; Better export incentives for biotechnology industry with respect to technology licensing in addition to products' exports, to motivate novel biotechnology oriented companies to invest in and increase exports and Lucrative incentives for the global biotechnology players to set up their operations in India and collaborate with Indian biotechnology firms for joint product and technology development.

Time has finally come to turn discussions to decisions.