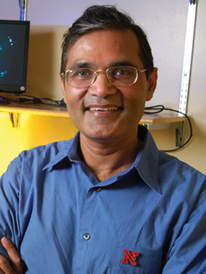 That in mind, scientists at the University of Nebraska - Lincoln, USA, have developed 'electronic skin' capable of detecting small lumps which can be overlooked by mammography or during manual examination with fingers.

According to Dr Ravi Saraf, department of chemical and biomolecular engineering, University of Nebraska - Lincoln, USA, the device had been in the making for 3 years, which was put together by him and his co-author, a graduate student, Dr Chieu Nguyen.

"Our goal was two-fold. First, to make CBE (clinical breast examination) quantitative so one can have an actual image for record keeping, Secondly, make it cheap so it can impact women world-wide where resources are limited. Record-keeping is critical in screening because the physician is looking for changes," opined Dr Ravi.

The research has been published in the ACS Applied Materials & Interfaces
Other than breast cancer, the electronic skin's applicability also extends towards melanoma screening.

Speaking on the relevancy of this innovation in India, Dr Ravi revealed, "This device will be very attractive for the Indian market. The device is very easy to manufacture and is quite inexpensive to make. Because all it would need is a laptop. It can be administered in remote areas that does not have expensive infrastructure such as X-ray machines. A general physician will be able to use this instrument. One will not require a radiologist, such as for mammogram, to read the image."

Dr Ravi said that he'd be open to collaborate at both manufacturing, and medical trial level. "The device is used outside the body and it does not require rigorous toxicity considerations for medical trails," he held.