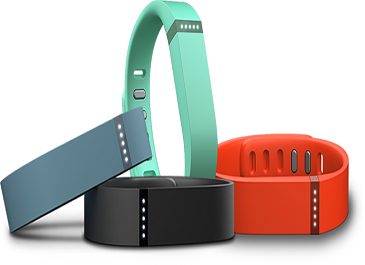 PatientsLikeMe has announced the results of a novel study conducted with Biogen, that showed how people living with multiple sclerosis (MS) can use wearable activity tracking devices to collect and share their mobility data, which could potentially provide relevant information to their clinicians and to other MS patients.

"MS impairs the ability to walk for many people, yet we only assess walking ability in the limited time a patient is in the doctor's office. Consumer devices can measure number of steps, distance walked, and sleep quality on a continuous basis in a person's home environment. These data could provide potentially important information to supplement office visit exam," said Dr Richard Rudick, vice-president, Value Based Medicine, Biogen.

The study was designed to assess the feasibility of using a consumer wearable device to monitor activity among people with MS in a real-world setting. In it, 248 PatientsLikeMe members were provided with Fitbit One activity trackers. Of those who received them, 213 (82 percent) activated the device with the Fitbit website and authorized PatientsLikeMe to access their data. Two-hundred and three of those who authorized sharing of the data synchronized the device with the service and produced tracking data. Participants synced an average 18.21 days of data over the 21-day study (87 percent adherence).

Dr Paul Wicks, vice-president of Innovation at PatientsLikeMe, said that advances in wearable health technology have the potential to shed light on disease characteristics. He added, "PatientsLikeMe is in a unique position to combine self-reported data with objective measurement and help patients and researchers learn more to impact self discovery and research."

The three-week study had a lasting impact on its participants, who together took a total of 15 million steps and walked 6,820 miles, the distance from Boston to Beijing. "I got positive reinforcement to do more each day, and that really encouraged me. The Fitbit also allowed me to track what I was eating and how I was sleeping. I made more positive choices as a result," said Ms Annette Smiling, a PatientsLikeMe member and a study participant who had never used a wearable activity tracker before.

After the study period, participants were surveyed to learn more about their study experiences and about their attitudes toward technology and physical activity tracking. Of the 191 participants who responded to the post-study survey, 88 percent reported the device was easy to use and incorporate into their daily routine; 83 percent agreed that they would continue to use the device after the study; and 68 percent believed that the device would be useful to them in managing their MS.

This data is being presented at the 67th American Academy of Neurology's (AAN) Annual Meeting in Washington.