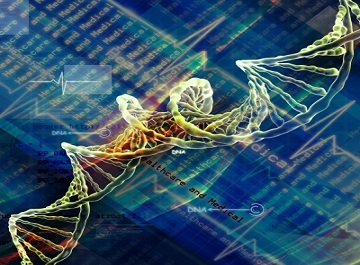 To overcome the challenges of analyzing that large amount of sequencing data, Researchers at the Nationwide Children's hospital have developed a computational pipeline called "Churchill". By using novel computational techniques, it allows efficient analysis of a whole genome sample in as little as 90 minutes.

"Researchers can complete genomic sequencing in a matter of days. After a genome is sequenced, scientists are left with billions of data points to analyze before any truly useful information can be gleaned for use in research and clinical settings," said Dr Peter White, principal investigator and director of the Biomedical Genomics Core at Nationwide Children's and the study's senior author.

Explaining about the software, Dr White said, "Churchill fully automates the analytical process required to take raw sequence data through a series of complex and computationally intensive processes, ultimately producing a list of genetic variants ready for clinical interpretation and tertiary analysis. Each step in the process was optimized to significantly reduce analysis time, without sacrificing data integrity, resulting in an analysis method that is 100 percent reproducible."

The output of Churchill was validated using National Institute of Standards and Technology (NIST) benchmarks. In comparison with other computational pipelines, Churchill was shown to have the highest sensitivity at 99.7 percent; highest accuracy at 99.99 percent and the highest overall diagnostic effectiveness at 99.66 percent.

According to the researchers, Churchill could be adapted for population scale genomic analysis.

The Churchill algorithm was licensed to Columbus-based GenomeNext, which has built upon the its technology to develop a secure and automated software-as-a-service platform that enables users to simply upload raw whole-genome, exome or targeted panel sequence data to the GenomeNext system and run an analysis that not only identifies genetic variants but also generates fully annotated datasets enabling filtering and identification of pathogenic variants. The company provides genomic data analysis solutions that simplify the process of data management and automate analysis of large scale genomic studies. The system was also developed with the research and clinical market in mind, offering a standardized pipeline that is well suited to settings where customers have to meet regulatory requirements.

An article describing this software was published in the latest issue of Genome Biology.