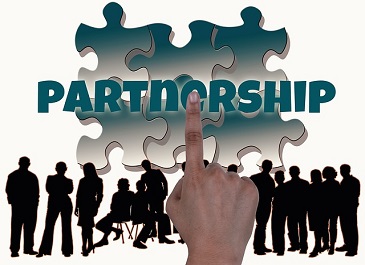 The objective of this momentous milestone collaboration for academic-industry in India is to make on-campus research more aligned to medical device industry's needs and catalyze 'Make-in-India' program.

SreeChitraTirunal Institute is an Institute of 'National Importance' created by an Act of Indian Parliameunt in 1980 and SCTIMST-TiMed is financially supported by the Department of Science & Technology (DST), Government of India and the Kerala State Industrial Development Corporation (KSIDC). Under the terms of new partnership, Shree Chitra will launch TiMeD a 'Technology Business Incubator' with the broad objective of supporting and facilitating innovation, entrepreneurship, start-ups, new product development specifically aimed at medical devices development and biomaterials domain. TiMed will offer office and laboratory space with several common facilities like internet access, library, canteen, video-conferencing facilities for taking forward this collaboration.

According to Mr Rajiv Nath, Forum Coordinator for AIMED and a signatory to the MoU between the two bodies, "The partnership between AIMED led UdaiMed and TiMed is a milestone for industry-academia partnership in the country which will foster world class practical research in India, catalyzing Make-in-India mission, help reduce humungous import dependency in medical devices and bring down overall healthcare cost."

Explaining the need for such an initiative, Mr Nath pointed towards the ground realities of campus R&D in India stating that, "R&D institutions and engineering colleges do product development in isolation while industry has little or no idea of work being done there, and often such research have no relevance for industry. Collaboration between institutions and industry is completely absent even as most development is for peer academia acclaim rather than meeting industry's needs or contributing to country's competitive prowess."

As a next step, Dr Jitender Sharma, Head of Healthcare Technology Division of NHSRC, MOH&FW (also party to this initiative)said, "AIMED/UdaiMed could request the Government to auction all Patents which are not yet commercialized so that these can be put to use by Indian manufacturers for the benefit of Indian consumers and medical fraternity".

Speaking on behalf of SCTIMST-TIMED, Mr BalramSankaran, CEO, said, "Developing and commercializing medical devices is very challenging but extremely critical for competitive edge of our country. The partnership betweenTiMed and UdaiMed will help nurture a much needed eco-system which can deliver great results. We are extremely delighted with this partnership."