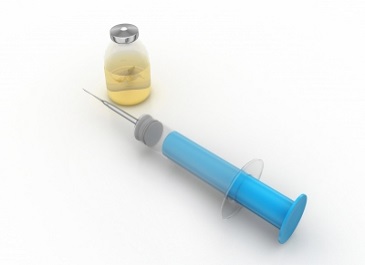 According to WHO, every year at least 16 billion injections are administered worldwide

Safe injection practice lowers the burden of disease and overall healthcare cost. HMD has been an active partner in global initiatives for moving towards a safer injection practice regime and has inculcated this as part of its CSR program.

Introduction and Identification of Problem:
Syringes should be life giver, not life taker. But sadly this has not really been the case as unsafe injections continue to be a major problem threatening patient's life, casting shadows over immunization programs and raising overall healthcare cost for both individuals as well as countries.

According to WHO, every year at least 16 billion injections are administered worldwide. The vast majority - around 90 percent - are given in curative care. Immunization accounts for around 5 percent of all injections while the remaining indications include transfusion of blood and blood products, intravenous administration of drugs and fluids and administration of injectable contraceptives.

Unsafe injections can result in the transmission of blood-borne pathogens from patient to patient (through reuse of syringes), patient to healthcare worker (through needle-stick injuries) and more rarely, health worker to patient. The community at large is also at risk when used injection equipment is not safely disposed of. Unsafe injection practices have also been the cause of outbreaks of viral hepatitis B and C and HIV in healthcare settings including in high income countries.

Even a recent study by Miller & Pisani concluded in 2014 found that in 2010 as many as 33,800 people became infected with HIV, up to 1.7 million were infected with hepatitis B virus and up to 3,15,000 with hepatitis C virus through an unsafe injection! Another study estimated that more than 1.3 million deaths annually and USD535 million in avoidable expenses are estimated to be due to unsafe injection practices.

India Specific Problems: Practice of unsafe injections has been quite prevalent in the rural areas, which is home to over 65 percent of our population. One of the largest epidemics of acute hepatitis occurred in February-March 2009 in the Sabarkantha district of Gujarat in India, with 456 cases and 89 deaths. The center of the outbreak was Modasa taluka. All the victims gave history of receiving injections about 2-3 months prior to the development of clinical signs and symptoms from one particular doctor. Gross and continued use of contaminated injection devices led to this explosive outbreak with such high mortality. The particular doctor was caught and found guilty of such practices.

A study conducted by CLEN Program Evaluation Network on behalf of Ministry of Health, Government of India and the World Bank (2002-2004), revealed that around 65% of syringes used in the country were not disposed or sterilized, and often reused.

Government of India has been aware of the problem but has also been slow to mandate the use of safe injection practice, which in practice means compulsory use of AD syringes for all kinds of injections. It was only in July 2014 that the Union Ministry of Health launched a 'Handbook of Guidelines for Safe Injection Practices' to promote awareness about the benefits and use of AD syringes. Subsequently, the National Health Resource Centre of Ministry of Health conducted an HTA (Health Technology Assessment) which substantiated the need to use Auto Disable Syringes for curative and immunization injections as appropriate technology to prevent noscomial infections.

However, the implementation of government's advisory for use of AD syringes for therapeutic injections has been half hearted in India despite periodic reminders. It is hoped that with new advocacy campaign, there will be increased awareness for more responsible health practices which also brings down overall health spending and average days of stay at health centers. This fact has already been substantiated in countries like Uganda, Tanzania, and Nigeria which saw sharp drops after large scale adoption of AD syringes and mandating it for over 90 percent of injections.

Substantial efforts to address unsafe injection practices have been made by WHO in collaboration with the Safe Injection Global Network (SIGN) and UNICEF and other key international health players such as GAVI since 1999.

WHO, with the support of SIGN developed and assisted countries in implementing a strategy with three pillars consisting of behaviour change among patients and health-care workers aiming to reduce unnecessary injections and ensure safe injection practices, (ii) increasing the availability of high quality injection devices and (iii) implementing a sound sharps waste management system.

In order to implement the second component of the strategy, WHO, UNICEF and UNFPA issued in 1999, a joint policy statement recommending to all countries the exclusive use of auto-disable syringes (ADs), which allow only single use, for all immunization injections by 2003.

Gavi, the global vaccine alliance, formed in 2000 with initial USD 750 million pledge from the Bill & Melinda Gates Foundation for the purpose of ensuring equal access to vaccination to children cutting across geographies and income divide, started using and advocating disposable syringes for immunization purposes.

The WHO mandate for Auto-Disposal syringe regime is the largest preventive healthcare initiative that has been seen in a long time. Under the new initiative, WHO and partners have urged that all countries should transition by 2020 to the exclusive use, where appropriate, of WHO prequalified (or equivalent) safety engineered injection devices including reuse prevention (RUPs ) syringes and sharps injury protection (SIPs) devices for therapeutic injections in healthcare settings and develop related national policies.

Hindustan Syringes & Medical Device Ltd (HMD) is the only Indian coalition partner of SIGN (Safe Injection Global Network) and for years has been an active campaigner for safe health practices in the interest of both patient as well as health workers.

For the latest WHO initiative, HMD was specially invited by the WHO at the launch function at Geneva and has been made a knowledge partner for this initiative in India. We are also committed to the GAVI-Star vaccination alliance for matching funding mechanism, which is an innovative way to increase immunization accessibility and safe injection to underprivileged children.

HMD through its CSR Wing, SAFE POINT INDIA remains committed to continue to contribute towards the cause of educating uninformed public on the dangers of receiving unsafe injections and unsafe waste disposal. As pointed out earlier, syringe re-use is the main source of cross-infection in the developing world, infecting innocent people with blood-borne diseases such as HIV and Hepatitis B and C.

SAFE POINT INDIA was set up in the year 2006 in New Delhi with the objective of enhancing awareness about the injection safety health & hygiene by running public awareness campaigns targeting both healthcare workers i.e. nursing professionals, doctors and other paramedical staff along with the general public starting from school going children at the impressionable age. Since 2006 SAFE POINT INDIA in Delhi has successfully conducted over 36 Safe Injection Awareness Programs covering hospitals, community centres, schools etc.

Apart from this, there is regular participation in Perfect Health Mela at Delhi organised by Heart Care Foundation of India, which is daily visited by about 3,50,000 visitors during the Perfect Health Mela days. There has been regular participation in exhibition in different parts of the country by Safe Point India. Injection Safety Week is organized in November in various cities of India. In one of the Injection Safety Week in Mumbai daily commuter were educated in Chhatterpati Shivaji Railway Station.

The surest way to protect against unsafe injections is to use injection devices that have been engineered so they cannot be re-used and doesn't lead to accidental needle stick injuries among health workers.