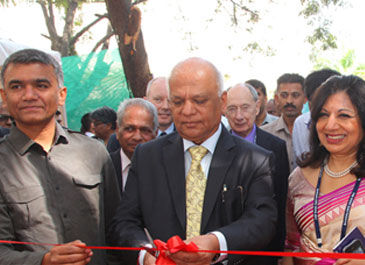 The cooperation with Cadila Pharmaceuticals, which was initiated in 2012 has, however, not provided the regulatory and market related benefits expected at the time, said the company's press statement.

Therefore, Bactiguard is evaluating an alternative sales strategy, which paves the way for market launch and initiation of sales in 2015, as planned.

Preparations for the launch and clinical studies are well under way.

As a result of the above changes in strategy, Bactiguard has decided to make reservations in the interim results for the first quarter of 2015 for doubtful receivables, with a negative effect on results of approximately Million Swedish Kroner (MSEK) 24.

The reason being that the counterparties' willingness to pay is deemed questionable.

During the first quarter of 2015, Bactiguard has reviewed and evaluated market conditions in Russia.

Given the economic and political developments in the country, Bactiguard has decided to focus its marketing and sales efforts on other growth markets with greater potential, the company said.

Consequently, Bactiguard has used its right to terminate the agreement with its Russian distributor.

No product deliveries have been made to Russia so far and there are no outstanding commitments to deliver any products.

The reservations have no effect on the company's cash position.