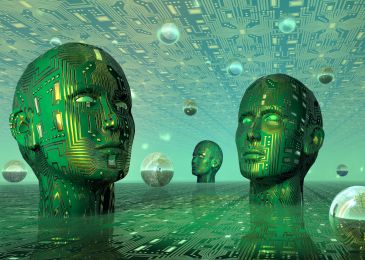 "The role of Information Technology (IT) in biological research is of paramount importance. IT is leveraged in biological researches as a technical advancement. It has influenced biotechnology and bridged the void to help us come-up with the solutions for data storage and analysis. BioIT is widely used in diagnosis. The missing links in diagnosis using classical methods can be corrected using BioIT tools. Algorithms can be used to check genes that may be switched on or switched off. Protein interactions can be studied better. Cure for a particular disease can be found out in less amount of time. In fact, the pharmaceutical industries also use it extensively," said Mr Ananth P, research scholar, Institute of Bioinformatics and Applied Biotechnology (IBAB), an autonomous institute set up by the Department of IT, BT and S&T, Government of Karnataka.

Speaking on his research at a session on "BioIT and Leveraging IT power to make affordable medicines" at Bangalore India Bio 2013, Mr Ananth said, "Systems biology is used to identify micro molecules in type 2 diabetes and its progression into other complications and computational structural biology is the other area. In the case of cholera, the proteins and RNA come into the picture. Algorithms are used to analyze protein sequences to predict and visualize their 3D structure. Proteins help in the search of structure and function." He went on to say that 38 percent of proteosome are uncharacterized i.e. of unknown function. Experimental techniques are costly. This is where IT comes to play its role for sequence database, PFAM database, evolutionary information of domains and 3D structure of proteins.

Ms Meeta S, research scholar, IBAB said, "As a botanist, the objective is mainly using plants to solve nutritional problems for the poor. By sequencing lysine rich dicot amaranthus hypochondriacus, which is an essential amino acid. It means that this amino acid has to be taken externally through food and is not produced in our body. Deficiency of lysine in our body leads to protein energy malnutrition in toddlers i.e. kwashiorkor."Amaranthus, she says, has high yield.

"Many edible species of Caryophyllales are also sequenced. DNA is processed and sequenced and its textual form is derived. Next comes quality control, followed by assemblers and then reconstructed genome after deleting overlaps are received. The final process is downstream analysis using languages like LINUX," she said.

Mr Saurabh G, research scholar, Ganit Labs, speaking on the Next Generation in Bioinformatics said, "The need for bioinformatics is primarily because of the large data, microarray, dissimilation studies, large amount of samples to handle, manage, store and share. It is integration of IT with biological research. Data explosion may occur as we can not store huge data on personal computers and laptops. Hence we need high tech tools such as next generation of sequencing (NGS) to keep and analyze the required data. Sequencing is not that costly but analyzing the sequenced data is a costly one."

Dr Kshitish Acharya, faculty scientist, IBAB and founder and director, Shodhaka Life Sciences, said, "Data is exploding in the field of biotechnology in the present day. So here comes a great need and hence demand for analyzing them, thus creating a huge opportunity."