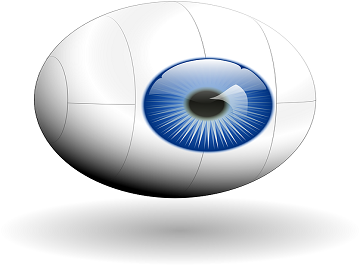 The lens should be surgically implanted into a patient's eye

Researchers at Ilan University and Stanford University have reported a new eye contact lens that can monitor eye pressure in glaucoma patients.

The new lens imbibed with microfluidic sensor can measure fluid pressure inside the eye and provide a readout with a smartphone camera. The simple, low-cost device could make it much easier to diagnose glaucoma. It could also give glaucoma patients a 24-hour home-based monitoring test similar to the glucose monitors available for diabetics.

The new sensor consists of an airtight channel that runs around most of the periphery of a lens that is used for cataract surgery. On one side it has a tiny gas reservoir, while on the other it connects to the aqueous eyeball fluid. The lens should  be surgically implanted into a patient's eye.

When the microchannel is connected into the eye chamber, pressure drives the intraocular fluid into the microchannel, compressing the reservoir gas until the gas pressure and liquid pressure reach equilibrium. An increase or decrease in the intraocular pressure forces the fluid to move toward or away from the gas reservoir. A smartphone camera equipped with an optical adapter and image analysis software can be used to accurately detect the position of the liquid. The optical adapter positions the camera in front of the pupil and shades the eye, causing the pupil to dilate and reveal the sensor.

The optical readout on the new microfluidic sensor is easier to use. The researchers said that their experimental results suggest 10-year device life.

The research is published in the journal Nature Medicine.