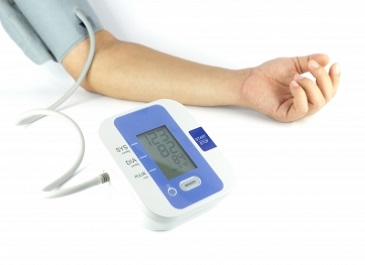 Association of Indian Medical Device Industry (AIMED) has congratulated the Government for coming out with this laudable initiative of Dept of Pharmaceutical (DoP)in holding India's first ever Pharma and Medical device centric conference and exhibition and for reaching out to the industry with collaborative intentions.

During one hour brainstorming interaction with Union Minister of Chemical and Fertiliser Shri Ananth Kumar along with secretary DoP and other joint secretaries from Ministry of Commerce, MoHFW etc with 16 CEO of Medical Devices Industry to drive manufacturing in India - AIMED raised six critical issues which needed immediate attention of the government to realize India's medical device manufacturing potential.

AIMED has also given six key action points for the government to work upon. However, AIMED hs pointed out that the most urgent need of the hour was the unveiling of new policy for medical device sector.

"We eagerly await the release of a medical device policy whose draft government had released in June," point out Mr Rajiv Nath, joint coordinator, AIMED.

The six issues includes forward looking recommendations which will facilitate creation of vibrant eco-system for medical device manufacturing in the country and reduce humungous import dependency. At the same time, AIMED has pointed out that recommendations on their own were not good enough to ensure desired objective of making India a powerhouse in manufacturing of medical devices.

Mr Nath has also drawn attention to long standing and vexing issues such as withdrawal of concessional duty regime, ensuring equitable tariff regime between domestically produced goods and imports to ensure commercial and competitive viability of goods made in India.

Till the time, it is cheaper to import, why would anyone invest their time, energy and money in a loss making venture, wondered Mr Nath. He has pointed out that along with zero duty on raw materials, duty on finished imported goods needs to be raised to maximum level to dis-incentivize import based trading and attract foreign investments for manufacturing in India.

Mr Nath has also drawn attention to medical device industry's long drawn demand to have a separate 'Dept of Pharmaceutical and Medical Devices ' within a Ministry of Healthcare, apart from the much needed separate regulatory regime for medical devices.

Mr Nath has emphasized that there must be separate departments for medical devices and pharmaceuticals working under the same ministry which could be called Ministry of Life Sciences or Ministry of Healthcare Products. He has pointed out that housing both departments for being a facilitating body and attaching an autonomous regulatory body under one coordinating minister would be the most desirable step for faster decision making.

"We need one ministry for both medical devices and pharmaceuticals on the line of AYUSH," said Mr Nath.

He has strongly recommended bringing an altogether new Act for Medical Devices rather than a new chapter being added to the existing Drugs and Cosmetics Act, 1940.

Medical Devices are absolutely different category of products from pharmaceutical, though under the common 'Healthcare' vertical. For some strange reason we have been governed by Drugs and Cosmetics Act, 1940, which as thwarted the growth of medical device industry in India," pointed out Mr Nath.

Welcoming earlier Task Force's recommendation to have a new medical device parks, Mr. Nath pointed out that it was equally important that government invests in strengthening the infrastructure facilities at existing industrial clusters.

Mr Nath has congratulated and thanked Mr Ananth Kumar, union minister for Chemicals and Fertilizers and Dr V K Subburaj, secretary, DoP for their assurances and support to domestic manufacturers .