Union Minister Dr Jitendra Singh asks the Centre to come out with Special Intervention Study on Alzheimer, which could be of world class 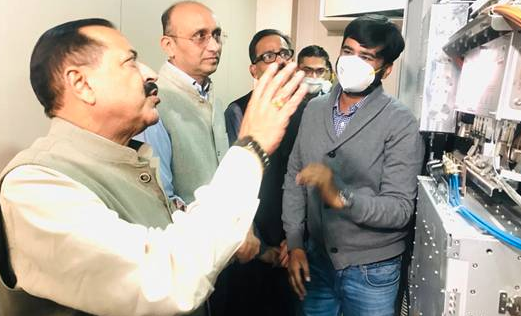 The Minister said, with this facility, India embarks on new frontiers of human Neuroscience with a unique and powerful 3T MRI platform of outstanding performance. He informed that MRI Scanner Prisma from Siemens, Germany, is being used by several international initiatives, like Brain initiative of USA, the European human brain project.

The novelty of this machine is that it can detect and quantify highly sensitive receptors and antioxidants from the brain which has a direct link with onset of various brain disorders like Alzheimer’s, Parkinson’s and psychiatric disorders.