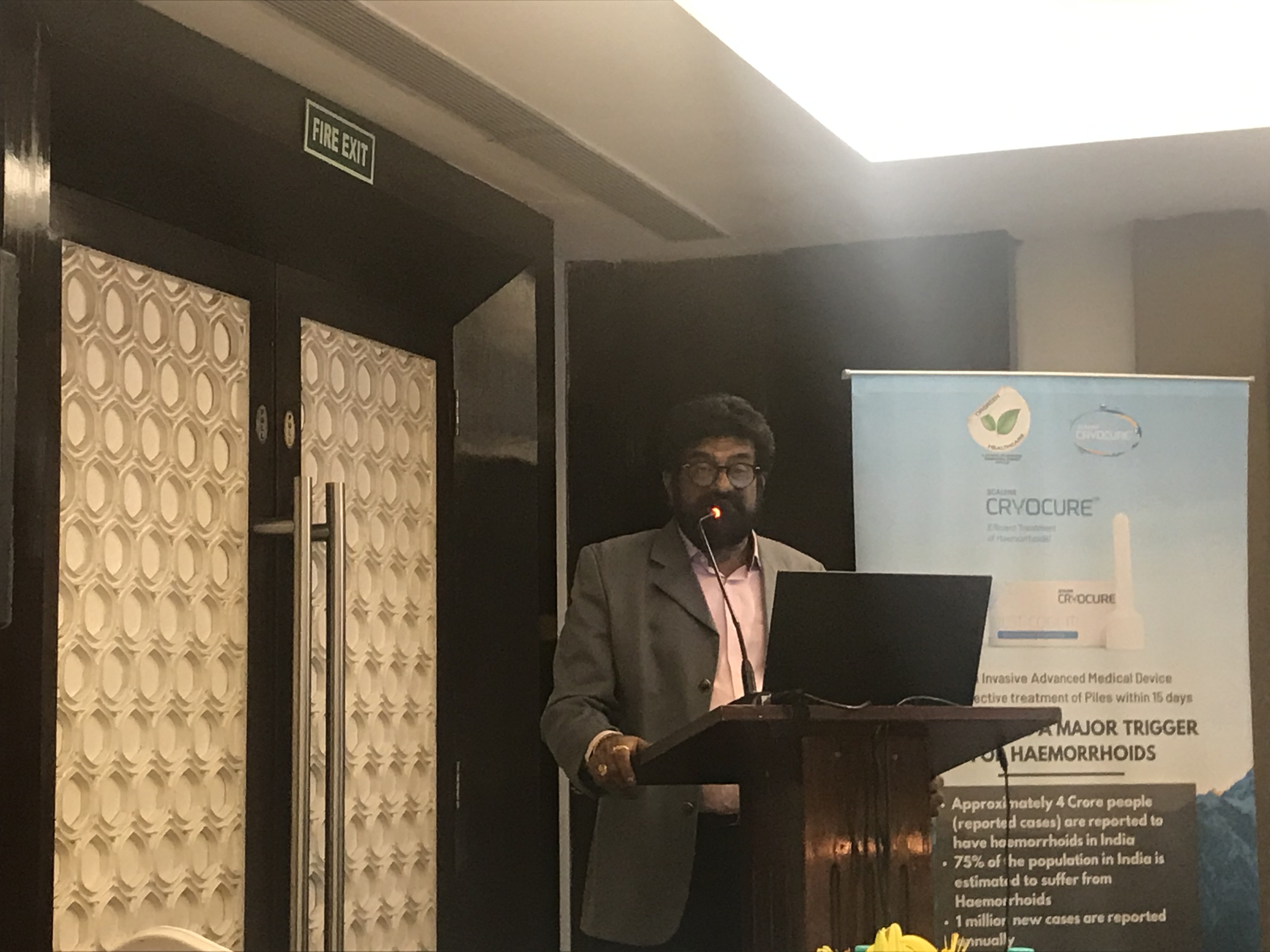 Cryocure is made of unbreakable medical plastic. The device must be frozen for two hours before use. Once removed, the cold Cryocure is dipped in coconut oil or Vaseline for lubrication before inserting into the anus at a temperature of -18 degrees C. The Cryogenic effect causes blood vessels of the hemorrhoids to constrict thus making them shrink. With regular use pain, itching, burning and blood loss gradually disappears. This treatment can be done in the comfort of your home.

“Hemorrhoids is the most misused disease across the world. In India mostly quacks are treating Piles and Fistula. Many lives have been lost and deaths caused due to unqualified treatment of hemorrhoids. With Cryocure, we have a cost-effective cure at home”, said Dr. Prabhakar.

Dr. Rajah explained, “Hemorrhoids if untreated can lead to a bigger problem and also pose serious medical risks. Cryocure is a simple tube-like device filled with special Cryogenic memory agent. It is priced reasonably so it is affordable and can cure hemorrhoids without any surgical procedure or side effects. It is also safe for usage among pregnant women, diabetic and heart patients. Hemorrhoids are a common occurrence during pregnancy with nearly 40% pregnant women on the planet suffering from it. For all these reasons, it has received widespread acceptance in North Indian cities''.

The device was initially launched at a small scale in Delhi, Punjab and Haryana few months back. After gathering a positive response in the north, Cryocure has now been launched in Karnataka.

The device is priced at Rs 6900 and is currently available at a few chemist stores in Karnataka. Orgreen Health Care is the distributor for the device in Karnataka currently.