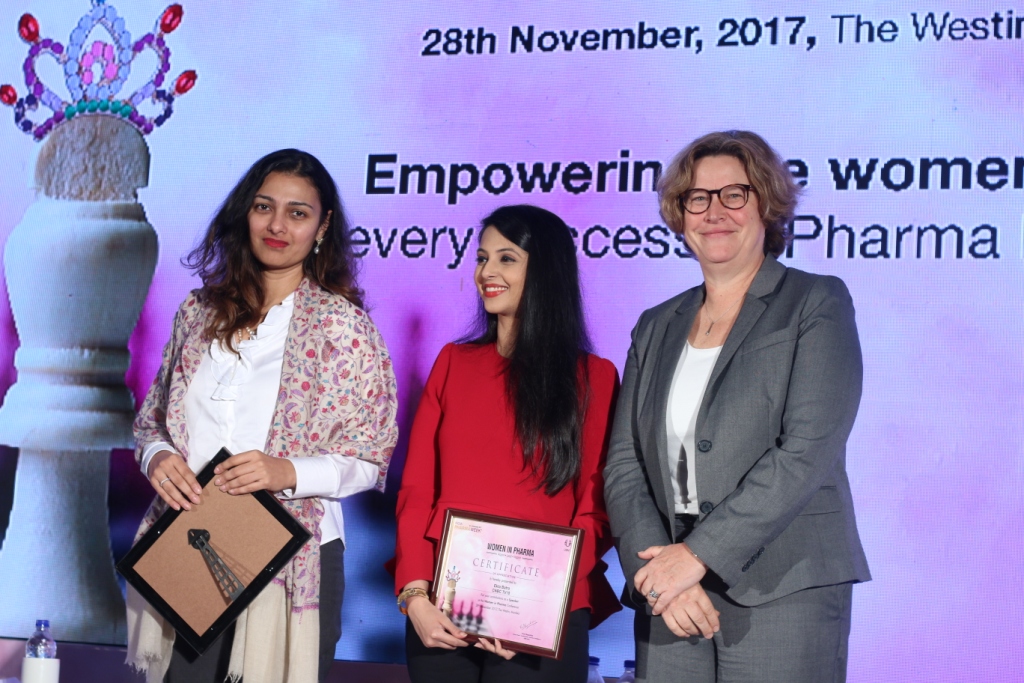 The 2nd edition of the celebrated India Pharma Week, a UBM India initiative -- introduced last year to celebrate a decade of CPhI & P-MEC, UBM’s flagship engagement platform, and the world’s leading Pharmaceutical networking event -- witnessed one of its most inspiring and scintillating initiatives, ‘Women in Pharma : Aspire, Lead, Inspire’.

The event saw a congregation of some of the most sought-after women leaders in senior-management levels, entrepreneurs, and mentors from the pharmaceutical and bio-pharmaceutical industry to celebrate the significant contribution of women in this industry and share their inspiring stories, experiences and knowledge. Encouraged by the overwhelming response it got last year, the 2nd edition of ‘Women in Pharma’ came with a broader, all-encompassing agenda that also included deliberating discussions by involving senior male leaders from the industry as well.

With several global studies pointing to the fact that gender diversity promotes stability and sustainability of the business achieving long-terms goals for the organization. Hence organizations are increasingly channelizing their efforts towards building a gender rich workforce, with a special focus on women in leadership roles. According to Grant Thornton’s global survey report on Women in Businesses 2017, India is the third lowest country in having women in leadership roles. The survey conducted includes 5,500 businesses in 36 economies across the globe also says that 41% of the Indian businesses have no women in leadership roles. The percentage of women executive directors in the pharmaceutical industry is only 7.69%. However, with the latest SEBI guidelines on board representation along with an increasing number of women inspired to make a difference, these figures are slowly changing.

Marina Wyatt, CFO, UBM plc, observed: “The issue of gender sensitisation and diversity at the workplace is no longer about 'why', but about 'how' -- how we get the systems and structure in place to drive the same. Similarly, it’s not as much about work-life balance nowadays in the digital world, as much as it is about work-life blend and the opportunity to do so -- where one can seamlessly transition from one to the other, where the personal and professional may merge and enhance the other. We've had similar platforms in other parts of the world such as Women in Engineering, Women in Cruise, Women in Technology etc.

She added, “What we are noticing is this 'pipeline' where at the entry level, there is not much of a gap, but gradually, as the seniority level increases, so does the gender gap. At UBM plc, we are getting more proactive on the gender issue from the grass-root level and some of the key themes we are focusing on is 'recruitment', 'development' and 'compensation' and, linking it to the concerned teams' KPIs.

Speaking on the occasion of ‘Women in Pharma: Aspire, Lead, Inspire’, Mr. Yogesh Mudras, Managing Director, UBM India said, “Diversity and inclusion, especially gender diversity is a granted principle in the workplace today, but unfortunately still not well-executed. One of the major reason why ‘Women in Pharma conference’ is an integral part of India Pharma Week is to address and raise the key issues of lower women leaders in the pharma sector. Given the upsurge in the pharmaceutical sector in India with over 25,000 companies, there is a tremendous potential for jobs for women in leadership positions and otherwise. However, according to the Skill India Report, while the industry-wise hiring targets for women in pharma and healthcare sectors currently is about 38.67 per cent, the total employability of women is only about 28.28 per cent.”

He added, "In spite of the obvious benefits, most sectors are failing to hire, retain and promote qualified women. What would make a vital difference then would be to spread awareness, education and a can-do attitude. It is for women leaders – and their male counterparts – to share their experiences as well as encourage and inspire other women to take the lead and a platform like Women in Pharma provides just that.”