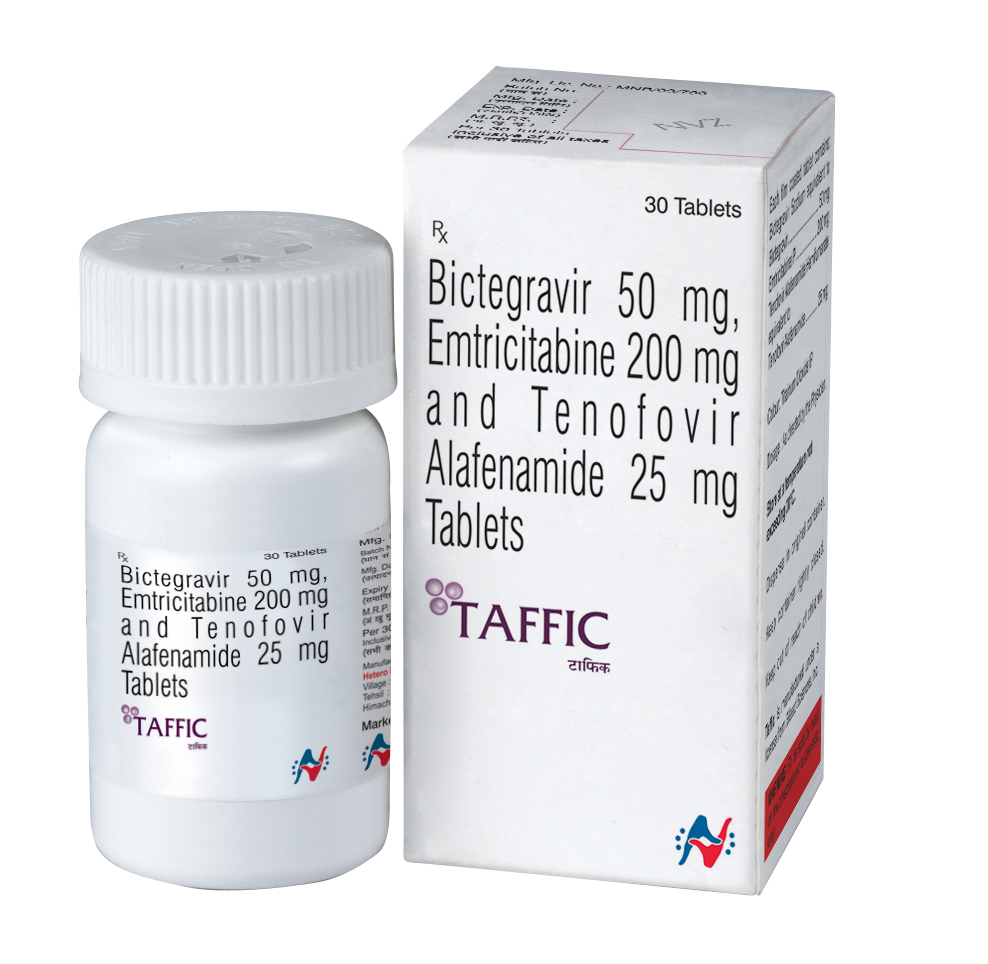 Hetero, one of India’s leading generic pharmaceutical companies and the world’s largest producer of antiretroviral drugs,  announced the launch of the latest 3-in-1 antiretroviral combination drug under the brand name ‘TAFFIC’ in India. The product ‘TAFFIC’ is the generic version of Gilead’s Biktarvy® and has been approved by the Drug Controller General of India (DCGI). The product will be marketed and distributed by Hetero Healthcare Ltd. in India.

TAFFIC, a once-a-day single pill, is a combination of three medicines – Bictegravir (50mg), Emtricitabine (200mg), and Tenofovir Alafenamide (25mg). The product is indicated for the treatment of human immunodeficiency virus type (HIV-1) infection in adults who have no antiretroviral treatment history or replacing the current antiretroviral regimen in those who have viral copies less than 50 per ml in the blood at least for three months with no prior treatment failure and resistance to any components.

The 3-in-1 combination drug helps to prevent HIV from multiplying and works together to decrease the amount of HIV in the patient’s blood to undetectable levels. This lowers the prospects of patients developing various HIV associated illnesses, thereby improving their quality of life. Studies suggest that the combination of Bictegravir, Emtricitabine, and Tenofovir Alafenamide has shown high antiviral efficacy and safety profile in HIV patients.

TAFFIC is manufactured in Hetero’s world-class manufacturing facility in Hyderabad, India, which is approved by international regulatory bodies.

Hetero is recognized as a leader in ARVs with a product portfolio of over 30 drugs and is committed to the cause of alleviating HIV/AIDS for more than two decades. The launch of this product emphasizes Hetero’s ongoing commitment to provide advanced and effective treatments to HIV patients worldwide. To further this mission, Hetero will be making the latest combination drug available in 116 low and middle-income countries and is subject to approvals from the regulatory authorities in these countries.