Pharma Franchise, PCD Pharma biz to reach $250B by 2020: PharmaHopers

Franchise generally helps in escaping the 'corporate world' and makes one an entrepreneur. PCD Pharma Franchise business initially may keep investors on their toes but the rewards, both emotionally and financially, are immeasurable. 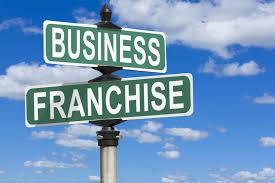 The rise in disposable income

Increase in the number of Aging Population

High fragmentation with the low prices of drugs, low production costs, skills, knowledge, and quality makes the future of PCD Pharma Franchise business bright in the domestic market. If pharma scholars to believed, India's pharmaceutical industry is expected to expand at a CAGR of 22.4 per cent over 2015-20 to reach US$ 55 billion.

180 New Units are coming up in Gujarat with an Investment of around Rs 7,000 Crore

Alone in Gujarat, the pharma industry is booming; "Pharma companies have applied for registration of around 180 new units are to be set up in Gujarat, which is a significant happening. This registration has happened during the past one year. Earlier, we had received around 70 applications annually," said State Foods and Drugs Control Authority (FDCA) Commissioner Hemant Koshiya.

Although this is also due to the expiry of incentives given by the hilly regional states like the north-eastern states and Himachal Pradesh, for which one cannot deny the growth of the pharma sector in India. These are just the figures about Gujarat, there are many other states as well which have pharma industry and great scope for Pharma Franchise business.

Franchise generally helps in escaping the 'corporate world' and makes one an entrepreneur. PCD Pharma Franchise business initially may keep investors on their toes but the rewards, both emotionally and financially, are immeasurable. By being a part of the Pharma Franchise Company, one can achieve good supply of stocks, high advertisement in the market and low-priced products, catering the requirements of a great work experience and helps the individual to earn well.