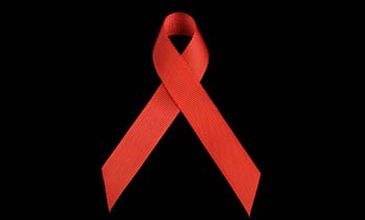 The Cabinet Committee on Economic Affairs on May 23, 2013 approved a proposal by the Department of AIDS Control, Ministry of Health and Family Welfare for the implementation of National AIDS Control Support Project (NACSP) under the National AIDS Control Program (NACP) for an amount of Rs 2,550 crore. NACP is financed by the government of India and the World Bank in equal proportion.

This project will contribute towards intensifying and consolidating prevention services with a focus on highly vulnerable populations, high risk groups and bridge population. Strengthening Behaviour Change Communication (BCC) and demand generation, institutional strengthening and financial management. This would help in providing the desired impetus required for further consolidation of gains made in containing the spread of HIV infection in the country.

The primary objective of the project is to increase safe behaviour among high risk groups in pursuance of the national goal of accelerated reversal of the HIV epidemic by 2017. The primary focus of the project activities would be strengthening and scaling up of prevention interventions and related BCC strategies for sub-groups of population identified to be most-at-risk by the NACP. These include Female Sex Workers (FSW), Men who have sex with Men (MSM), Transgender (TG) / Hijra populations and Injecting Drug Users (IDU).

The project would also support the planned expansion and consolidation of tailored interventions for other at-risk populations, including migrant workers and truckers which play a critical role in the transmission dynamics of HIV in the country. The BCC strategies developed under the project would provide emphasis on demand generation for prevention services among high risk groups and vulnerable populations, including a specific focus on youth. This component would also address the need for reduction of stigma associated with HIV by focused IEC to change the prevailing attitudes and perceptions.

The NACP of India has been a remarkable success in its third phase (2007-12) and the country is on track to meet the Millennium Development Goal (MDG) for HIV prevention and control. Over the last decade, there has been a reduction of 57 percent in the new HIV infections and 29 percent reduction in AIDS-related deaths. This has led to the recognition of India`s HIV program as a global best practice, and has been an important factor behind the decision of the World Bank to support the prevention component of the HIV program, at a time of global financial meltdown and decreasing support from international donor agencies.