Two research teams were successful in creating blood stem cells in the laboratory for the first time. The latest advances have buoyed the spirits of researchers who have been frustrated by their inability to generate blood stem cells from iPS cells. 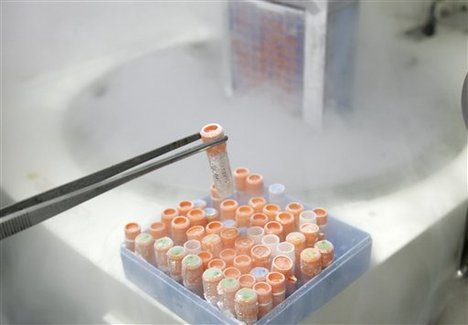 In two separate studies, researchers successfully create blood stem cells in the laboratory for the first time. One study was spearheaded by George Daley at the Boston Children’s Hospital in Massachusetts and the other was led by Shahin Rafii at the Weill Cornell Medical College in New York City.

Daley’s team chose skin cells and other cells taken from adults as their starting material. Using a standard method, they reprogrammed the cells into induced pluripotent stem (iPS) cells, which are capable of producing many other cell types. Until now, however, iPS cells have not been morphed into cells that create blood.

The next step was the novel one: Daley and his colleagues inserted seven transcription factors — genes that control other genes — into the genomes of the iPS cells. Then they injected these modified human cells into mice to develop. Twelve weeks later, the iPS cells had transformed into progenitor cells capable of making the range of cells found in human blood, including immune cells. The progenitor cells are “tantalizingly close” to naturally occurring ‘haemopoetic’ blood stem cells, says Daley.

By contrast, Rafii’s team generated true blood stem cells from mice without the intermediate step of creating iPS cells. The researchers began by extracting cells from the lining of blood vessels in mature mice. They then inserted four transcription factors into the genomes of these cells, and kept them in Petri dishes designed to mimic the environment inside human blood vessels. There, the cells morphed into blood stem cells and multiplied.

When the researchers injected these stem cells into mice that had been treated with radiation to kill most of their blood and immune cells, the animals recovered. The stem cells regenerated the blood, including immune cells, and the mice went on to live a full life — more than 1.5 years in the lab.

Because he bypassed the iPS-cell stage, Rafii compares his approach to a direct aeroplane flight, and Daley’s procedure to a flight that takes a detour to the Moon before reaching its final destination. Using the most efficient method to generate stem cells matters, he adds, because every time a gene is added to a batch of cells, a large portion of the batch fails to incorporate it and must be thrown out. There is also a risk that some cells will mutate after they are modified in the lab, and could form tumours if they are implanted into people.

According to the news reported by the Nature, Daley and other researchers are confident that the method he used can be made more efficient, and less likely to spur tumour growth and other abnormalities in modified cells. One possibility is to temporarily alter gene expression in iPS cells, rather than permanently insert genes that encode transcription factors, says Jeanne Loring, a stem-cell researcher at the Scripps Research Institute in La Jolla, California. She notes that iPS cells can be generated from skin and other tissue that is easy to access, whereas Rafii’s method begins with cells that line blood vessels, which are more difficult to gather and to keep alive in the lab.

Time will determine which approach succeeds. But the latest advances have buoyed the spirits of researchers who have been frustrated by their inability to generate blood stem cells from iPS cells.