Karnataka aims 50% contribution to national bioeconomy revenue target of $100B 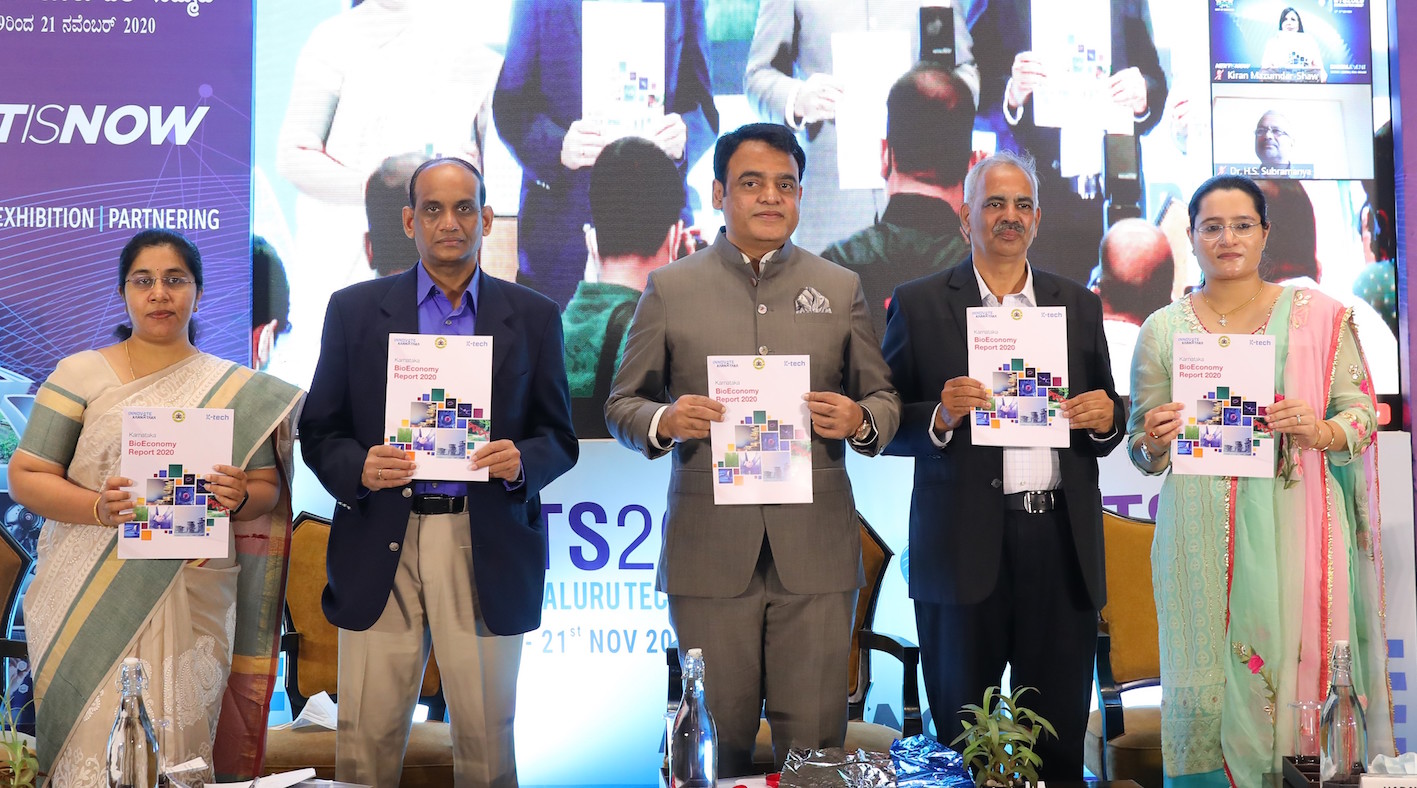 The first Karnataka BioEconomy Report (KBER) 2020 was launched at the Bengaluru Tech Summit 2020 event. The report estimates that the State’s BioEconomy size is at $22.6 billion (Rs 167,240 crores) and growing.

Karnataka is the first state in the country to measure the impact of the biotechnology industry, its products, and services on its economy. The State’s BioEconomy has grown by 14 - 17% in the previous two years, and contributes 10.3% to the Gross State Domestic Product (GSDP) of $ 221.82 billion. Nationally, the BioEconomy valused at $62.5 billion contributed to 2.3% of India’s $2.8 trillion GDP in 2019. Another highlight of the report is that Karnataka contributes more than one-third to the national BioEconomy.

The key recommendations are:

“We are aiming higher and our Government has set a challenging task of more than doubling the value of BioEconomy in the next five years. Our target is to raise Karnataka’s BioEconomy share to 50% of the National BioEconomy revenue target of $100 billion by the year 2025", said Dr. C. N. Ashwath Narayan, Honorable Deputy Chief Minister and Minister for Electronics, IT, Bt & S&T, Government of Karnataka while releasing the first Karnataka BioEconomy Report.

With the current growth trends, Karnataka’s BioEconomy is expected to touch $42 billion by the year 2025. “So to bridge the gap in likely revenues, the report recommends a series of strategic initiatives to overcome this hurdle and cross the target in time, in the continuing spirit of the state’s industry, policy makers and Government working together with a visionary approach,” said Dr. Kiran Mazumdar-Shaw, Chairperson of the Karnataka Vision Group on Biotechnology (VGBT) and Biocon Group.