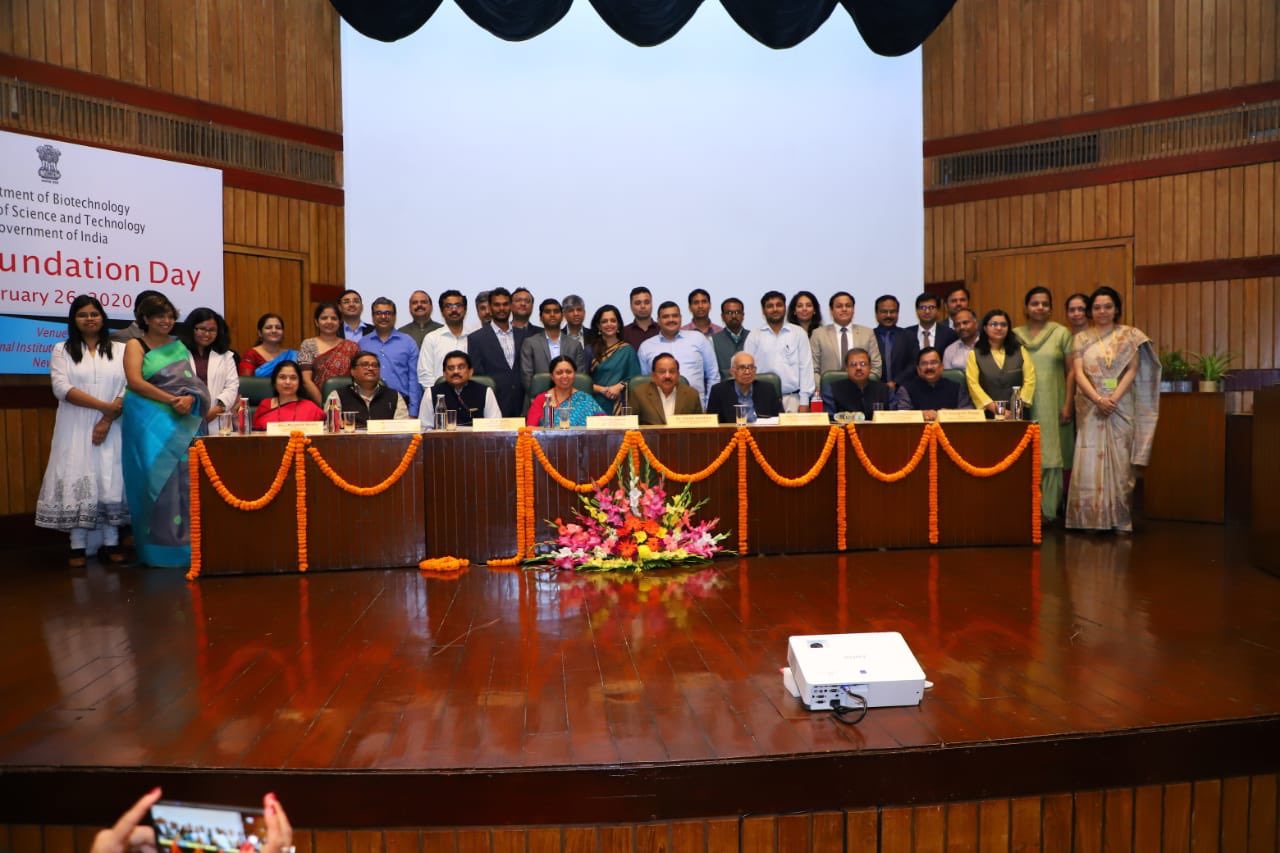 Speaking on the occasion, the Chief Guest, Minister for S&T, Earth Sciences and MoH&FW, Dr. Harsh Vardhan congratulated the Department of Biotechnology for its pioneering work over the years and called upon all scientists to engage themselves in innovative ideas and work to meet new challenges by the time the nation celebrates its 75 years of independence in 2022 to realise the vision of the Prime Minister Narendra Modi of a new India.  Dr. Harsh Vardhan also called upon young scientists and awardees to come up with new solutions for the event which he called as ‘India @ 75’.

The Minister also gave away the Awards to 34 recipients on the occasion. Department since its inception has instituted various awards to encourage and recognize the contribution of scientists working in various research institutes, universities, scientific organizations, national laboratories etc at different levels across the country.

Various awards instituted by DBT are now considered under an overarching umbrella as DBT BRITE Awards [Biotechnology Research Innovation and Technology Excellence Awards]. The Department has renamed few awards in honour of outstanding scientists of our country who have immensely contributed to the Indian Science and been an inspiration to scientific fraternity across the globe.

The Minister also released a publication by the Department “Biotechnology- Contributing to Growing Bioeconomy”.

The biotechnology sector in India has evolved over the last three decades and has made significant contribution in various sectors especially health, agriculture etc. Due to enormous support received both from government & private sector biotechnology sector has seen a rapid growth amounting to an annual growth rate of nearly 20%. India is rated among top 12 biotechnology destinations in the world.

It is the demand for biotechnology products and services that has been the fulcrum for setting an ambitious target of $150 billion by 2025. Looking at the growth prospects, biotech sector plays a significant role in addressing major global challenges in sectors like health care, agriculture, energy, live stock etc. Since, our focus is on innovation and R&D, the Foundation Day of DBT is the right occasion to discuss what are the ways and strategies to be implemented to achieve set target or at least reach near the defined goals.