A strategic platform for industries, technologies and academia to understand and leverage the latest technological innovations for a smarter tomorrow. 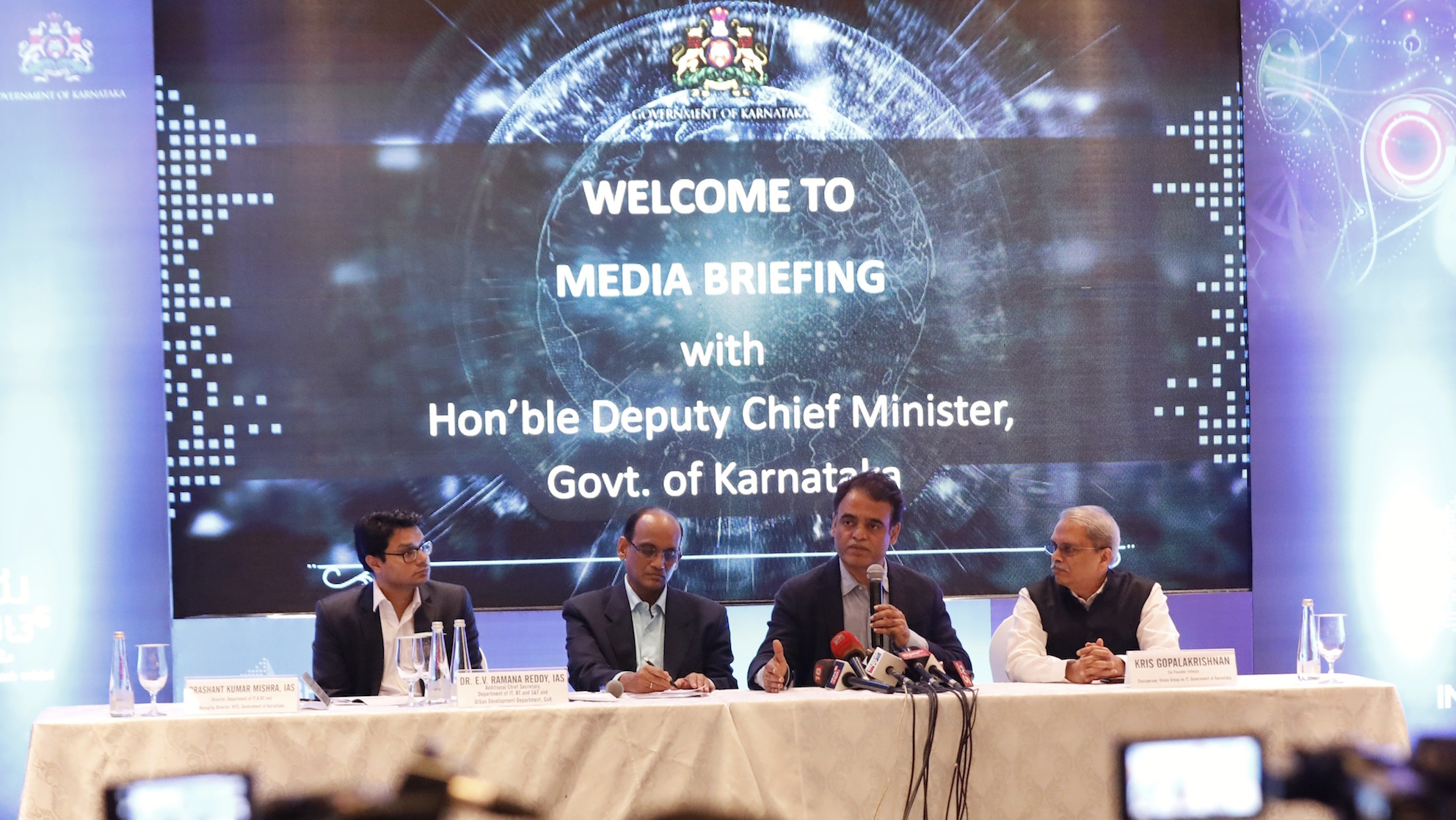 “Bengaluru Tech Summit (BTS), an initiative of the government of Karnataka which has become a global catalyst for technology and innovation is scheduled to be held from November 18-20, 2019 with the theme “Innovation and Impact 2.0”. The 22nd edition of BTS will have a special focus on start-ups and innovation and is expected to draw stakeholders from across the globe who will participate in technology sessions, deliberations and knowledge exchange,” said Dr. C. N. Ashwath Narayan, Deputy Chief Minister and Minister for IT, BT and S&T, Government of Karnataka.

Speaking to media Dr. Ashwath Narayan, said “The Government of Karnataka has a strong focus on Biotechnology. As part of our efforts to further enhance the development of the biotech industry in the state, we are organising India Bio 2019, as part of the Bengaluru Tech Summit 2019. India Bio will showcase new innovations and technologies and act as the perfect platform for deliberations and knowledge exchange in the biotechnology space. Our aim is to propel the State as a biotechnology hub and contribute majorly to the $100 billion bio-economy target by 2025.”

Karnataka is globally recognised as the IT and Bio capital of the country with Bengaluru being branded as the most dynamic city in the world. With the boundless support showered upon by the Government of Karnataka, the state and the city offer the most conducive ecosystem for startups to ideate, innovate and invent for a smarter future.

With research, ideations and innovations, the city of Bengaluru and the state of Karnataka have taken leaps ahead on the ladder of technology bringing the spotlight time and again back to India. This year, the city is getting ready to further shrink borders and bring bigger and better technologies to the Indian soil with the 22nd edition of it's flagship event - Bengaluru Tech Summit 2019.

Organised by the Department of IT & BT, Government of Karnataka, the event, since its inception, has been a strategic platform for industries, technologies and academia to understand and leverage the latest technological innovations for a smarter tomorrow.

In the run up to Bengaluru Tech Summit 2019, the Department of IT, BT and S&T, Government of Karnataka has organised roadshows across the State and will be conducting a roadshow in New Delhi on October 4, 2019.