In the study which used blood samples from dengue patients, scientists found that Platelet Factor 4 inhibits anti-viral machineries of immune cells by inhibiting secretion of anti-viral cytokines (small proteins) such as interferon 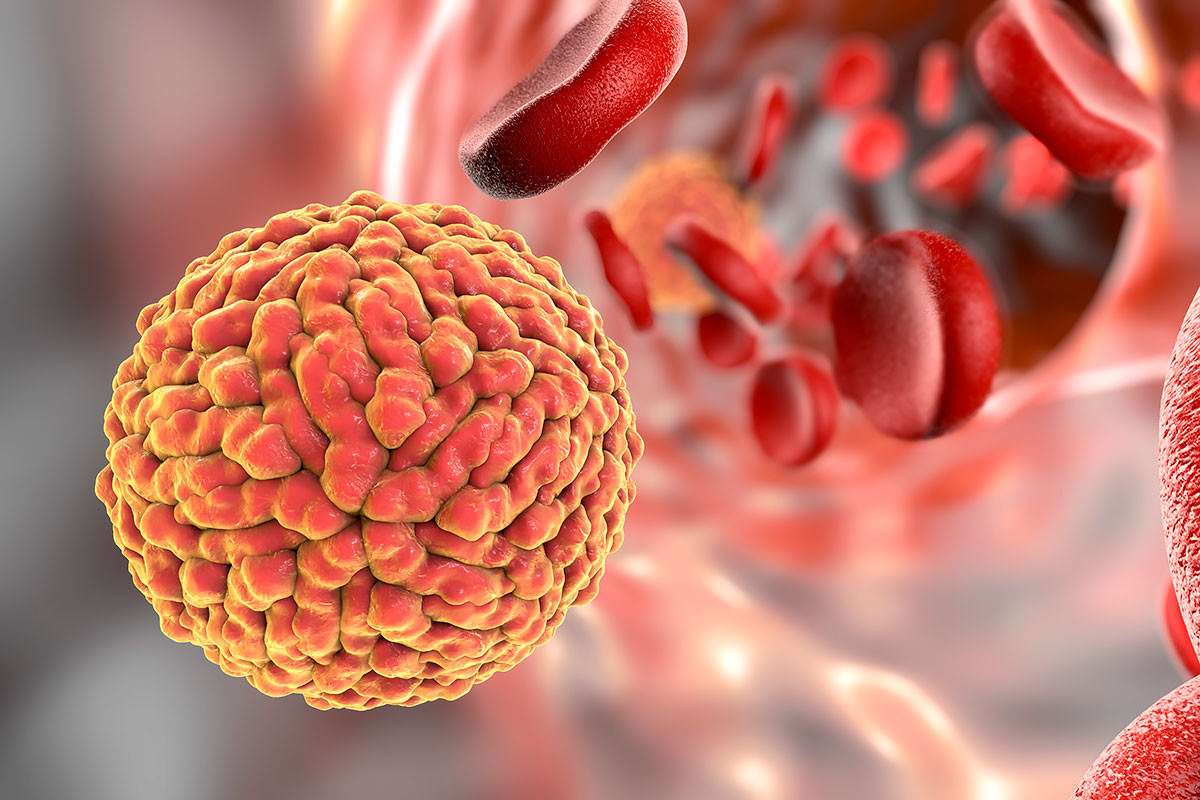 A collaborative study led by a team of Indian scientists has identified a key protein which helps dengue as well as Japanese Encephalitis viruses replication inside human body by inhibiting anti-viral cytokines. This finding could pave way for development of targeted therapeutic agents against dengue and JE viruses.

Normally when platelets circulate through blood vessels with an intact endothelium layer, they remain in their original inactivated state. During dengue infection, platelets get activated, and they release an elevated amount of cell-signalling protein called Platelet Factor 4 (PF4).

In the study which used blood samples from dengue patients, scientists found that Platelet Factor 4 inhibits anti-viral machineries of immune cells by inhibiting secretion of anti-viral cytokines (small proteins) such as interferon. In order to inhibit function of Platelet Factor 4 scientists targeted its receptor called CXCR3. Using a small molecule antagonist to CXCR3, researchers could inhibit the virus replication.

“We have shown that inhibition of PF4-CXCR3 axis can abrogate virus replication. We feel that the same mechanism may exist in other viruses too. Therefore, our findings indicate development of potential targeted anti-viral drug,” explained Dr. Prasenjit Guchhait of Faridabad-based Regional Centre for Biotechnology, who designed the study.

Since this approach may help find new anti-viral drugs for not just dengue and JEV but other viruses too, the research team is now validating its findings in animal studies involving genetically modified mouse with inactivated PF4 gene. Researchers hope that these mice may exhibit less infection against these viruses. Besides, they are also working on designing better small molecules against PF4 or CXCR3.