Scientists create membrane that can filter all types of nanoparticles

Prof. Boris Rybtchinski and his group at the Weizmann Institute of Science have developed a new type of membrane that could extend the life of a separation system, lower its cost and, in some cases, increase its efficiency as well. 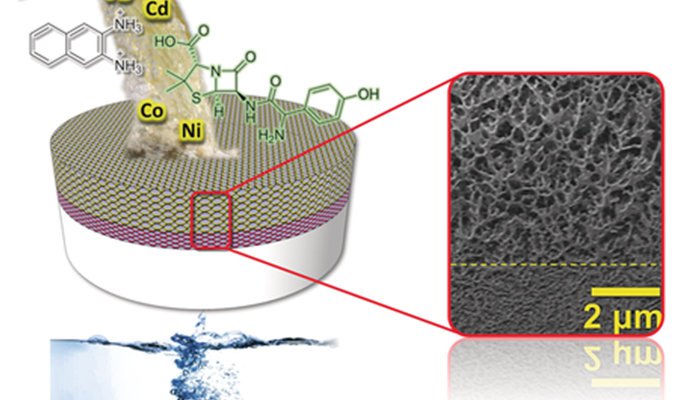 Separation technology is at the heart of water purification, sewage treatment, and materials reclamation, as well as numerous basic industrial processes. Membranes are used to separate out the smallest nanoscale particles, and even molecules and metal ions. Prof. Boris Rybtchinski and his group of the Weizmann Institute of Science’s Department of Organic Chemistry have developed a new type of membrane that could extend the life of a separation system, lower its cost and, in some cases, increase its efficiency as well.

The membranes Prof. Rybtchinski and his group have created may be produced in different ways, with different materials, and they come together in water and contain water as a major component (the membranes are akin to hydrogels). The group’s first-generation membranes were made of unique molecules that organize themselves into the membrane material. This property also enables the membrane to be easily recycled, and the particles trapped in the separation process to be reclaimed. The membranes can separate particles based on size, from one to several nanometers.

The second-generation membranes also contain a second self-assembled polymer layer, thus broadening the range of applications for this technology. These new membranes can sustain high pressures and are capable of purifying water from poisonous heavy metals and organic molecules, showing, for the first time, that self-assembled “aqua materials” can be used for demanding industrial application.

Unlike conventional materials, the self-assembled membranes can be easily disassembled; this is critical for fighting membrane fouling, which is the biggest challenge in membrane applications. The membrane fabrication process is simple, and their performance is excellent, making the technology inherently worthwhile – even before the ability to recycle and reuse them is taken into consideration. The latter is, of course, of enormous importance, as it renders the membranes sustainable. Indeed, the goal of creating sustainable nanomaterials is at the core of the research performed by Prof. Rybtchinski and his group.

Yeda Research and Development Co., Ltd., which advances the industrial application of the Weizmann Institute’s research findings, is working to bring this innovative technology to market.