Dressed in blue and white, over 150 employees marched to Prahladnagar raising slogans and banners to throw spotlight on AIDS prevention. 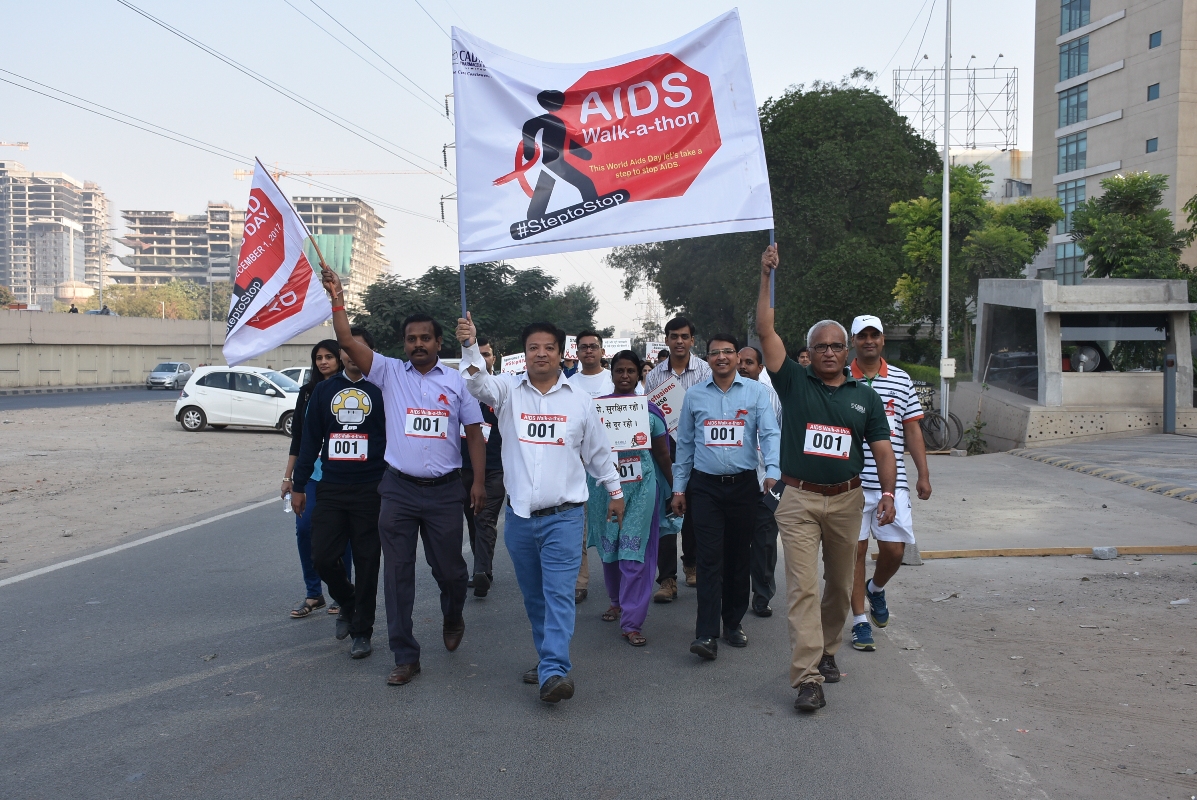 On the occasion of World AIDS Day, the employees of Cadila Pharmaceuticals Ltd took a 'Step to Stop AIDS' by participating in an AIDS Walk-a-thon organised on Friday, December 1, 2017. The aim of the walk-a-thon was to raise awareness about AIDS and also to open a dialogue for discussion.

The walk-a-thon was flagged off at ISKCON and saw the enthusiastic participation of the company's employees. Dressed in blue and white, over 150 employees marched to Prahladnagar raising slogans and banners to throw spotlight on AIDS prevention. Several key messages about this pandemic disease were highlighted as well as archaic, discriminatory myths were busted. Slogans such as "START TALKING, STOP HIV", "SILENCE=DEATH", "Kissing and Hugging doesn't spread HIV" were carried by the participants.


Adding further fervour to this walkathon were the members of the Avengers Biker Club of Ahmedabad who had specially escorted the participants throughout their stride.

At the end of the walk the participants gathered together in a group and took an oath to remain committed to fight the battle against AIDS by continuing to spread awareness on the disease.