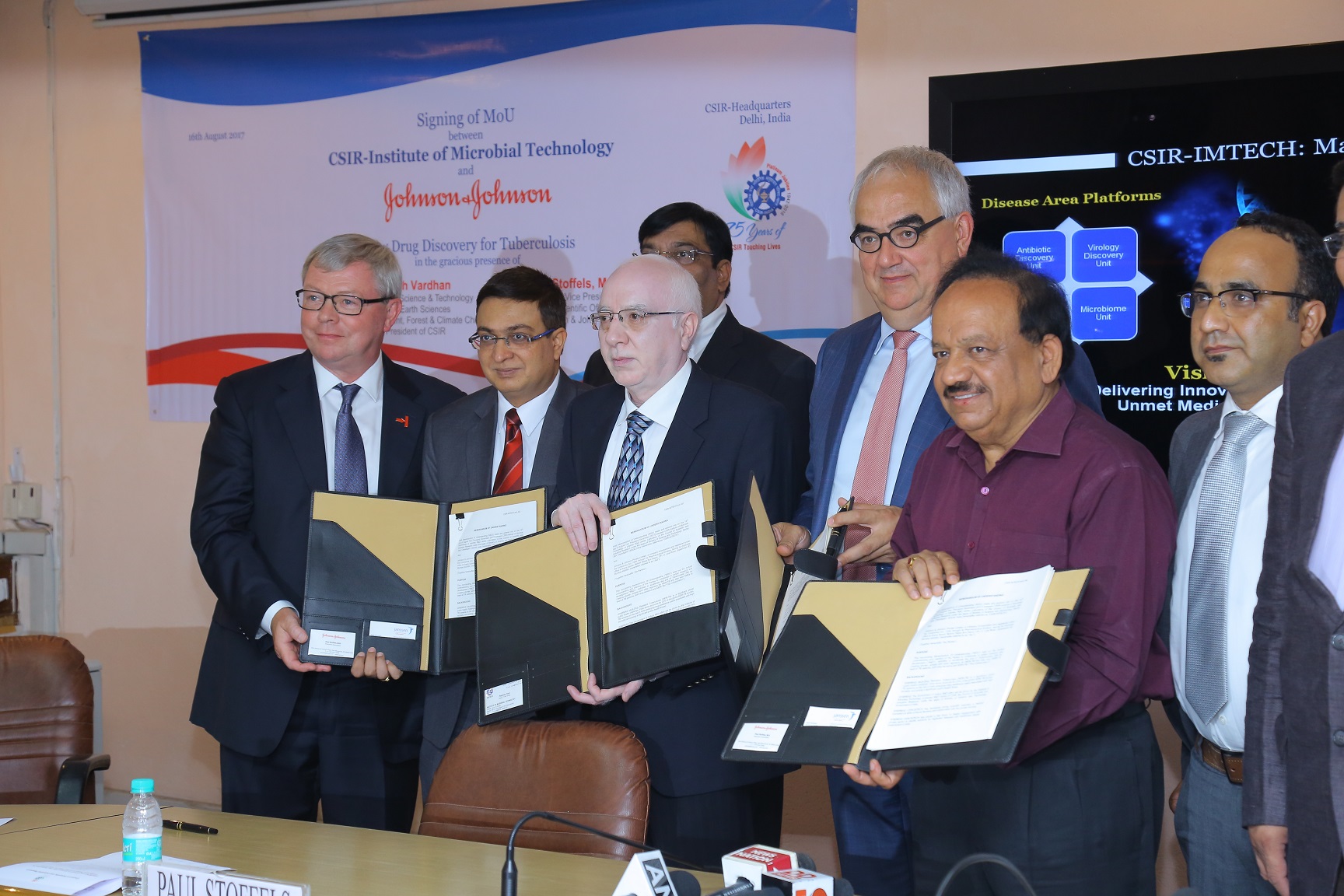 Johnson & Johnson Private Limited recently announced a new partnership with the Institute of Microbial Technology (IMTECH), part of the Council of Scientific and Industrial Research (CSIR), to unlock the potential of Indian science and help accelerate the discovery of innovative new treatments for tuberculosis (TB).

Under the Memorandum of Understanding (MoU), scientists from Johnson & Johnson’s global public health team will work closely with scientists from CSIR-IMTECH, based in Chandigarh, India, on a research and development program to explore potentially more effective, safer, all-oral treatment regimens to tackle multidrug-resistant TB (MDR-TB), as well as new molecular entities to treat all TB patients.

“We are united with India in our determination to make TB history,” said Paul Stoffels, MD, Chief Scientific Officer, Johnson & Johnson, who joined Dr Harsh Vardhan, Minister for Science and Technology, at an event in New Delhi, to announce the MoU. “While we have made great advances in recent years with the approval of new TB medicines, much more needs to be done.  By bringing together some of India’s brightest minds with our scientists, we increase the potential to achieve major research breakthroughs that can lead to innovative new treatments for the millions of people in India and around the world who suffer from TB.”

The new research program will capitalize on CSIR-IMTECH’s world-class expertise in microbial technology and research and the proven research and development capabilities of Johnson & Johnson’s Janssen Pharmaceutical Companies to strengthen the collective potential of our research efforts.

“TB remains a significant challenge in India, killing approximately half a million-people in 2015 alone,” said Dr. Anil Koul, Director, CSIR-IMTECH. “The partnership we have announced today with Johnson & Johnson has the potential to accelerate our work in support of India’s National Strategic Plan, our accelerated action plan to End TB by 2025, and most importantly save lives.”

Today’s announcement builds on nearly 20 years of TB research and development by Johnson & Johnson, which led to the approval of bedaquiline, the first new TB medicine in nearly 50 years, and adds to existing partnerships at central and state levels in India to increase awareness, diagnosis and care, and broaden access to bedaquiline.

In March 2016, Janssen India and the Revised National Tuberculosis Control Program (under the aegis of the Director General of Health Services) announced a Conditional Access Program (CAP) to provide bedaquiline free-of-charge for 600 patients across six sites in India.

In April 2017, it was confirmed that the CAP would be expanded to additional TB patients across 156 sites. Janssen India has also partnered with authorities in Mumbai, Telangana, Patna and Nagpur to increase awareness of TB and improve access to diagnosis, treatment and care.

“Johnson & Johnson companies have been serving the healthcare needs of India for seventy years now; and this partnership forms an important part of our commitment to the government’s ‘Make in India’ program, supporting Indian drug development for a disease that affects more than 2.8 million people in our country,” added Sanjiv Navangul, Managing Director, Janssen India.